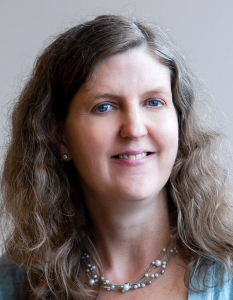 School climate and student engagement have emerged as key elements in promoting academic success. Recognizing this, the 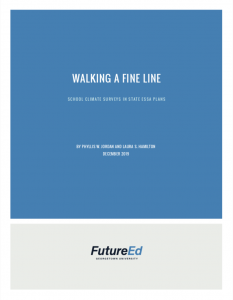 drafters of the federal Every Student Succeeds Act (ESSA) required states to include non-academic factors in judging schools’ performance. Three-quarters of the states added student absenteeism to their accountability systems as part of the School Quality and Student Success indicator. But in a trend that has received much less attention, some states have chosen to gauge school climate and student engagement through annual surveys of students, teachers and parents.

Some states are using the results to gather information to inform school-improvement work. Others are going further, holding schools accountable for the results, despite widespread concern among researchers that these tools were not intended for that purpose and are not reliable enough to determine school quality. What’s more, many researchers fear that attaching higher stakes to surveys could tempt schools to manipulate results, further reducing the instruments’ value to principals and other school staff.

To evaluate states’ use of school climate surveys under ESSA, FutureEd examined state accountability plans approved by the U.S. Department of Education, and interviewed state officials to determine why they chose to hold schools accountable for climate and engagement, what precisely they are measuring, and how they are using the results to calculate a score as part of an accountability rubric used to identify struggling schools.