A New Strategy to Solve the Substitute Teacher Crisis 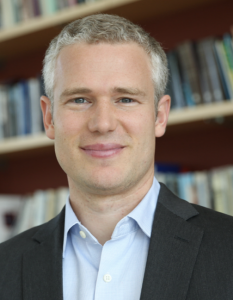 Even before the pandemic and the culture wars swept through public education, nearly 600,000 substitute teachers covered more than 30 million teacher absences a year — a larger share of the labor market than taxi, Uber and Lyft drivers combined.

But they weren’t enough. An estimated one out of every five requests for substitutes typically went unfilled pre-pandemic, leaving tens of thousands of classrooms unstaffed and instruction in thousands of schools in near-constant turmoil, especially in under-resourced schools serving Black, Hispanic and low-income students. COVID-19 has only further diminished the substitute supply and heightened competition among schools for a dwindling resource amid widespread teacher shortages.

A new study we’ve done of substitutes in Chicago points to a simple and relatively inexpensive solution that could go a long way toward addressing the problem: providing subs financial incentives to work in hard-to-staff schools.  Though common in the private sector, financial incentives don't have much history in public education, where educators have long been paid based on their college credits and years teaching.

The substitute gap is stark in Chicago, where over 100 schools in predominantly low-income communities were able to fill only half of their sub requests in the 2017-18 school year, while another 100-some schools, mostly in more affluent neighborhoods, secured substitutes for more than 95 percent of their requests.

Chicago’s Black students experienced classrooms without a substitute at more than three times the rate of their white peers (33 percent versus 10 percent). And students from low-income backgrounds faced uncovered classrooms more than twice as often as their more affluent peers (26 percent compared with 12 percent). These inequities, also seen in other large urban districts, make substitute coverage a matter of civil rights.

We partnered with Chicago Public Schools, the nation’s fourth largest district, to design an approach that would bring more substitute teachers into hard-to-staff schools and keep them coming back consistently. The premise was simple: The district would pay a stipend — $30 to $40 on top of the daily rate of $165 — to all subs working in the schools with the lowest rates of classroom coverage.

The program started with 75 schools in the 2018-19 school year and expanded to a total of 125 the following year. These were almost exclusively located in highly segregated Black and Hispanic communities on Chicago's South and West sides. The stipends added only $1.1 million to the $42 million the district spent for substitute teachers in the program’s first year, and $1.7 million in 2019-20, before the pandemic shut schools down in March 2020.

The results: Those hard-to-staff schools saw a nearly 50 percent increase in filled substitute requests. Essentially, subs covered an additional 114 teacher absences, on average, in each of these schools — equivalent to more than 13,000 total student-hours of classroom coverage per school. It’s hard to put a price tag on learning time, but we estimate the total potential lost investment in instructional expenditures per teacher absence amounts to $1,283. Recouping even a portion of that with a $30 to $40 incentive payment is a rarely matched return on investment in the education research world.

The payoff also extended to a slight but significant positive effect on student achievement in English language arts. The increased coverage didn’t impact teacher turnover, but it did increase teacher absenteeism slightly in 2019-20, largely because more teachers attended professional development programs knowing that their classrooms would be covered.

At the Richard J. Daley Academy, Principal Kamilah Hampton saw the difference almost immediately after the policy took effect. “I was seeing a huge increase” in substitutes’ availability, she told us. The year before, she had struggled to fill classrooms when teachers called in sick. She would send requests to the district, but no substitutes would show up. “It was crazy. I didn't get subs,” she recalled. “So my bilingual coordinator, my assistant principal, myself or any free clerk, we’d have to step in and cover.”

The public school, a low-slung brick building in Chicago’s Back of the Yards neighborhood, serves students from pre-K through eighth grade. About 90 percent are Hispanic, 10 percent are Black and all qualify for free and reduced-price school lunch.

Citywide, most of those taking advantage of the pilot program’s stipends were Black and Hispanic substitute teachers who lived within a 10- to 20-minute drive of the school where they were filling in. This reflects the highly segregated nature of the neighborhoods where these schools are located. Many of these subs had already worked at the target schools, though not exclusively. Some had stopped working and may have been drawn back by the higher pay.

Even so, about two-fifths of Chicago’s substitute teachers who responded to our survey said they wouldn’t work in the targeted schools even with a 25 percent pay hike. Of those, a third cited the distance from home and a quarter worried about the safety of the neighborhoods surrounding the schools; many are in under-resourced communities with higher crime rates.

For schools in Chicago and beyond, the pandemic only intensified the challenge of covering classes. Not only were more teachers absent due to illness and quarantine, but fewer substitutes wanted to set foot in schools when COVID transmission levels were high.

Not surprisingly, as a result, 60 percent of district leaders in a recent Rand Corp. survey said they have raised pay for substitute teachers since 2020, with the typical district increasing daily compensation by 6 percent over pre-pandemic levels. After adjusting for inflation, that pales in comparison to the pay boost in our Chicago study and is only slightly higher than the 4 percent average hourly wage increase retail workers experienced during the same period.

Our Chicago study suggests that a 6 percent pay hike won’t come close to solving the substitute shortage, much less making access to subs more equitable across schools. We found that schools in the city’s more affluent neighborhoods were still filling substitute teaching vacancies at higher rates than the schools offering subs an additional 25 percent stipend. We estimated that it would take almost a 50 percent bonus targeted to hard-to-staff schools to fully level the playing field.

Ultimately, the substitute dilemma points to the way racial and economic segregation degrades the quality of education for many students in the nation’s cities. Residents who have college degrees — required until recently to become certified as a substitute — and flexible schedules are more likely to live in higher-income areas, far from the schools that struggle to attract substitutes. Not surprisingly, they’re reluctant to commute long distances to higher-crime neighborhoods.

Building cadres of local community members to serve as full-time substitutes could help. So would improving training and working conditions. But a more permanent solution requires a vastly larger effort: confronting the causes and consequences of the racial and economic inequality that plague urban centers.

Matthew A. Kraft is an associate professor of education and economics at Brown University and research director at FutureEd. Grace Falken is a doctoral student in public policy at the University of Washington. Phyllis Jordan is FutureEd’s associate director.