What Chile Teaches Us About School Vouchers 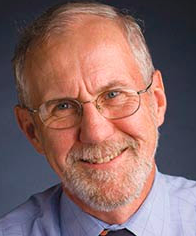 Education Secretary Betsy DeVos supports vouchers that allow parents to use taxpayer funds to help pay private-school tuition for their children. Like the noted economist Milton Friedman, she believes that parental choice and competition among schools to attract students in a voucher system would result in better education than that provided by public schools. A corollary of her and Friedman’s perspective is that detailed regulations governing the operation of schools hinder their performance.

While there are many small-scale voucher programs in the United States operated by local communities or states, none has sufficient scale to shed light on the consequences of a universal voucher system. For such evidence we must turn to Chile, a country that shares the U.S.’s strong support for the operation of markets and its high degree of income inequality.

The effects of a nationwide, universal voucher program there show that unregulated school choice led to flat test scores and greater achievement gaps among rich and poor. Only when regulation was added did private school choice begin to deliver on its promise.

[Read More: The Consequences of Educational Voucher Reform in Chile]

In 1981, Chile introduced a universal educational voucher system for students in both its elementary and secondary schools that was very similar to the model Friedman proposed in 1955. Parents could use government-provided vouchers either to pay for a year of education at a public school or to contribute to the tuition charged by a private not-for-profit or profit-seeking school.

The financial value of the voucher did not depend on family income. Private schools that participated in the voucher program could decide what tuition to charge and which students to admit. In contrast, public schools were required to admit any students and could not charge tuition. This basic design of the voucher system remained in effect through 2007.

A number of scholars have examined the consequences of the introduction of vouchers in Chile. The percentage of students enrolled in public schools declined markedly, from 78 percent in 1980 to less than 50 percent in 2007. Student achievement in mathematics and Spanish, as measured on national tests, stagnated, and the gap between the average achievement of children from low- and middle-income families increased.

So did segregation of students by socio-economic background. Students from low-income families ended up attending different schools from those attended by children from more affluent families. If this were the end of the story from Chile, the lesson would be that advocates for improving the education received by children from low-income families should strongly oppose the introduction of vouchers. However, new evidence presents a more complicated picture.

[Read More: Vouchers in D.C.: Choosing Not to Choose]

To be eligible to receive the higher-valued vouchers and concentration bonuses, schools had to agree to three requirements of the SEP program. One was not to charge Priority students any tuition. A second was to agree not to select students based on their academic skills, nor expel them on academic grounds. A third requirement was that schools had to participate in a government-administered accountability system that, for the first time, made schools responsible for improving student test scores and for the use of financial resources.

Working with several colleagues, we examined the consequences of the change in the rules governing Chile’s voucher system. We learned that the majority of for-profit private schools found SEP requirements unacceptable and initially decided not to participate. Most not-for-profit private schools and virtually all public schools did choose to participate.

[Read More: What We Know--and What We Need to Know--About Private School Choice]

In the first five years after the passage of SEP, the average test scores of Chilean fourth grade students from both low- and higher-income families increased markedly and income-based gaps in those scores declined by one-third. We found that the key mechanism responsible for these gains was the combination of increased financial support of schools and the SEP accountability system.

Chile’s long-term experience with universal voucher systems offers two lessons for policymakers concerned with improving the education of all American children, including those from low-income families. The first is that the rules governing the operation of a voucher system matter enormously.

[Read More: Managing School Choice...and the Hypocrisy Around It]

A voucher system that provides the same amount of money to every child and that relies solely on the operation of education markets to monitor the quality of schools is likely to result in more segregated schools and greater inequality of educational outcomes. In contrast, a voucher system that takes into account the especially high cost of educating well children from low-income families, especially when they are concentrated in particular schools, and that provides government monitoring of the performance of individual schools, may result in improved test scores for both low- and higher-income students and a closing of income-related achievement gaps.

The second lesson is that school choice is unlikely to reduce school segregation by income or race. School segregation by income increased in Chile under a voucher system that treated all students equally. It did not markedly decrease during the first five years of SEP, even though this voucher system provided significant financial incentives to schools to recruit students from low-income families. If reducing school segregation is a public policy goal, progress will require something other than providing parents with education vouchers.