What’s at Stake for Schools in the Health Care Bill? 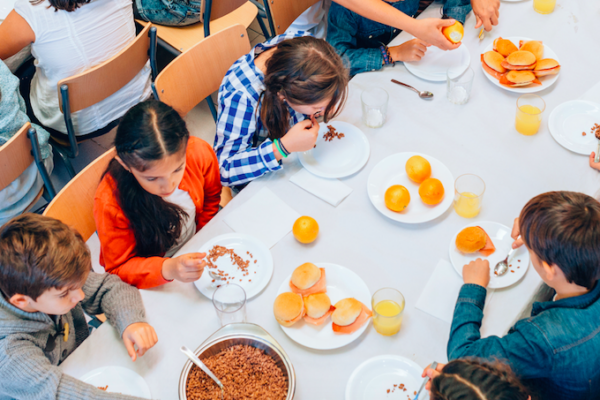 With the Senate agreeing to vote on a bill that could repeal Obamacare and restructure Medicaid, schools superintendents have warned their congressional delegations that the health care decisions made on Capitol Hill could well have a profound impact on schools and their most vulnerable students.

“A school’s primary responsibility is to provide students with a high-quality education, but children cannot learn to their fullest potential with unmet health needs,” the Colorado Association of School Executives wrote to Democratic Sen. Michael Bennet.

How will the bill impact schools? The most obvious answer is financial. It’s not clear what direction the Senate will take, but if Senate Republicans follow the House’s lead, they could change the way all Medicaid funding is distributed, effectively cutting the federal contribution by more than $800 billion over the next decade. Add in proposed cuts in President Donald Trump’s fiscal year 2018 budget, and that the cuts could reach $1.4 trillion.

Given that half the recipients of Medicaid are children, students would suffer and so would schools. Altogether more than a third of U.S. children rely on the federal-state partnership for their health coverage—from early screenings and immunizations to treatment for asthma and other chronic conditions. Half the babies born here are covered by Medicaid, which insures children in families below the poverty line.

The bill crafted by House leaders and backed by President Donald Trump would gut health coverage for these children. Amendments offered some protection to elderly and disabled Medicaid recipients, but not to children and families.

By imposing per-capita caps on federal spending, the bill would cut federal Medicaid contributions and dump more health care costs onto state and local governments. That would  leave less money for other priorities, such as education.

Already 35 states provided less overall education funding per pupil in the 2014-15 school year than they did in 2008-09. Medicaid cuts would add to the stress on local governments, which would either have to cut school budgets, layoff teachers or raise taxes.  A recent Urban Institute report estimated that states would have to increase spending by $370 billion in the next decade–or cut current enrollment and services.

Beyond the overall budget, Medicaid pays $4 billion to $5 billion a year directly to schools. This is a tiny fraction of the program’s spending but provides critical support for the personnel and equipment needed to serve students with disabilities and, in some instances, to pay for school nurses and counselors.

Without these dollars, school districts could have to dip into general education funds to meet federal mandates to provide special education services. A national survey by AASA found 68 percent of superintendents use Medicaid reimbursement to pay direct salaries for professionals who provide services to students. These include occupational and speech therapists as well as aides for special ed students. About 45 percent of school leaders use Medicaid to expand mental- and physical-health services in their districts.

The most profound impact of such cuts to health coverage would be a decline in student achievement. Research shows us that students eligible Medicaid are more likely to graduate from high school and complete college than students without access to health care.

A big factor in that is regular school attendance. Illness is still the No. 1 reason that students miss school, and too many absences contribute to weaker social-emotional skills in kindergarten, poorer reading skills in third grade and higher dropout rates. Attendance also factors into state funding formulas and, in many places, is considered an accountability metric for school success.

Medicaid also plays a big role in identifying students who might struggle in school and providing the treatment they need to succeed. The EPSDT child-centered benefits package screens and treats young children for hearing and vision problems, developmental delays and disabilities such as autism that can affect learning.

Medicaid caps could turn EPSDT into an option that states choose not to provide. That could end up costing local districts more money or leaving children with undiagnosed and untreated learning issues. And it could thwart early education initiatives aimed at getting all children ready for kindergarten and broader efforts to ensure every child masters reading by the end of third grade.

Put simply, Medicaid insulates disadvantaged children from some of the adverse experiences that keep them from succeeding in school. Families are less likely to struggle financially and go bankrupt when they have health coverage. Children are more likely to have access to preventive health care, good nutrition and medication to control health problems.

All of those benefits add up to stronger, healthier students—boosting both school achievement and economic prosperity. Cutting Medicaid would have impacts far beyond the health care system.