ANNOTATION: Vouchers Versus Reform in Tennessee 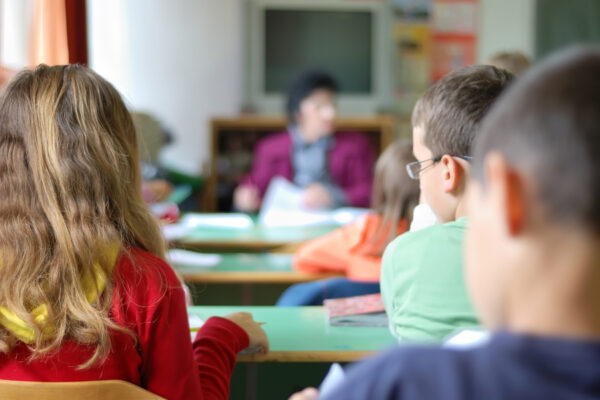 Tennessee Gov. Bill Lee recently signed into law (updated May 24) a plan for education savings accounts that would allow families to use state money to pay for private schooling or to educate their children at home, up to 5,000 students initially. Pitched as a plan to help low-income children, the measure would actually provide funding to a broader range of students. Here’s an excerpt from the new governor’s state of the state address with annotations by FutureEd Editorial Director Phyllis Jordan.

Low-income students deserve the same opportunities as other kids, and we need a bold plan that will help level the playing field.

While Gov. Lee focuses his comments on low-income students, the Tennessee bill initially set the eligibility level at twice the threshold for giving students free and reduced meals. That would include families of four making nearly $93,000 a year. An amendment would lower that to about $65,000, which is still higher than the state’s median household income: $51,345 in 2017. The fact that the plan would give truly low-income students preference if too many students applied for the allotted number of vouchers doesn’t make good on the governor’s pledge to help the neediest students.

We need to change the status quo, increase competition, and not slow down until every student in Tennessee has access to a great education.

We’re not going get big results in our struggling schools by nibbling around the edges.

That is why we need Education Savings Accounts in Tennessee, this year.

The Education Savings Accounts (ESA) would function essentially as private school vouchers. Eligible students would receive an average of $7,300 that could be used for independent or parochial schools, private tutoring or homeschooling. The program would start in the 2020-21 school year and expand to as many as 30,000 students within five years. Lee’s initial plan set the cap at 15,000 students but the legislature doubled that number.

Unlike voucher programs, in which the money goes only for use in schools, ESAs put state dollars into savings accounts for families; the money is doled out through state-issued debit cards in 10 payments over the school year. Tennessee lawmakers have raised concerns about financial oversight given that in Arizona a state audit found that families spent $700,000 from ESA accounts in the last fiscal year on unauthorized expenditures, including beauty supplies, sports apparel and movies unrelated to education.

ESAs will enable low-income students from the most under-performing school districts to attend an independent school of their choice at no cost to their family.

There are two problematic phrases in this statement. The first is “underperforming school districts.” The current bill allows participation from students in any school district with at least three public schools in the state’s bottom 10 percent. The students don’t have to attend those schools, merely be assigned to the same district. Kindergartners and students moving into the state can receive a voucher without ever having attended public school. In Indiana, only 405 of the more than 36,000 students applying for vouchers in 2018-19 were in attendance zones for a school rated F; only 107 of them ever attended that school. Rather than giving students a way out of failing schools, a stated rationale in both Indiana and Tennessee, the voucher program has essentially become a subsidy for private schools.

The other questionable claim is “no cost to the family.” The voucher program would give families $7,300 to spend, but the legislation allows private schools to charge their full tuition. Since the most exclusive schools charge far more than $7,300, they would be out of reach for students who are truly low income. In Washington, D.C., few voucher students attend the city’s elite independent schools, choosing instead to attend Catholic schools or newly opened schools with little record of educational achievement.

I know there’s concern that programs like this will take money away from public schools, but my ESA plan will invest at least $25 million new dollars in public schools in the first year to fill the gap when a student transfers to another school.

Lee’s initial proposal called for giving public school districts would receive “improvement grants” equal to any funding losses from students in those districts who receive vouchers. In the final bill, that reimbursement would be subject to the legislature’s appropriation. If fully implemented, the pilot could cost the state more than $25 million in its first year. With the program set to expand by 2,500 students a year for the first five years, the state could be on the hook for a lot more. And after three years, public districts wouldn’t receive the extra support. In Indiana, which now has more than 36,000 students on vouchers, the program cost the state $161 million in the 2018-19 school year. Supporters point out that the state would have paid more to educate those children in the public schools, but that doesn’t change the fact that school districts are losing out on dollars that flow to private institutions. In Tennessee, Lee’s plan could undermine the hard work the state has done to reform its public schools.

My ESA plan will strengthen public schools and provide choices for parents at the same time.

Creating competition will provide a new incentive for schools to improve and provide new opportunities for thousands of students.

Members of the legislature: now is the time.

Let’s make this the year that every student in Tennessee has a chance at a great education, no matter where they live.

Recent research has shown few gains—and some actual losses—on test scores for students attending private schools on vouchers, when compared to their public school peers. The latest report from Louisiana shows declines in math scores extending for at least four years A recent report by the Urban Institute found voucher students in Milwaukee were more likely to enroll in college, but not more likely to earn a college degree than their counterparts.