The Toll That Measles Outbreaks Take on Schools 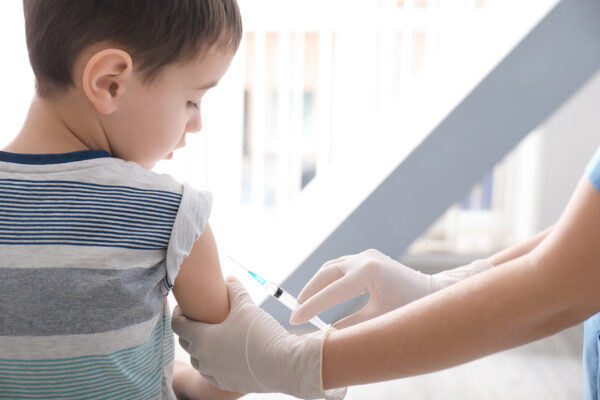 There is a post circulating on Facebook from a young mother asking for advice on how to protect her unvaccinated 3-year-old from measles. The answer, of course, is obvious: The best way to protect your child from measles is to vaccinate him against measles.

That answer should be just as obvious to leaders in the 17 states that still allow parents to exempt their children from immunizations for philosophical or personal reasons. Nearly two decades after scientists declared the United States rid of measles, at least 206 people in 11 states—from New York City to Washington state—recently have contracted the disease. Most of them are unvaccinated children.

The impact extends beyond the suffering of those children at the hands of a completely preventable disease. It threatens children who cannot be vaccinated because of weakened immune systems or other medical reasons. And it takes a serious toll in classrooms, a problem that has received scant notice during the recent outbreaks. The exemptions at the heart of the problem need to be ended on both health and educational grounds.

In the wake of an outbreak that has afflicted at least 70 people in Washington state’s Clark County, three school districts there have sent home every child lacking the measles vaccination. That adds up to more than 750 students excluded from school for the full 21-day incubation period for the disease.  In Westchester County, NY, parents have gone to court but failed to convince a judge to let 44 unvaccinated students back in school.

We know from research that students who miss 10 percent or more of the school year—about 18 days—often fall behind and struggle to catch up. Such is the severity of the problem that Washington and many other states judge their schools, in part, on their absenteeism rates.

Beyond the students missing class, absenteeism takes a toll on entire classrooms. Teachers often slow instruction for others when absentees return, leading to lower tests and other problems for classmates who are in class regularly, research has found.

The risk from vaccination exemptions varies by region and even by school type: Washington’s 2016-17 non-medical exemption rates for kindergartners were 8 percent in private schools and 4 percent in public schools.

As national news coverage has highlighted, many families seeking philosophical exemptions have good intentions but bad information. A 1998 study fraudulently linked the measles, mumps and rubella (MMR) vaccine with autism. The study was retracted and its findings thoroughly debunked; the latest research confirms that there is no connection. Still, some parents continue to put their children and others in harms’ way.

Babies under age 1 are too young to be get the MMR shot. Other children are medically frail or have immune disorders that make the shots dangerous for them. But these children are considered safe from a highly contagious disease like measles if at least 95 percent of the population is vaccinated, creating what’s known as “herd immunity.” With more and more families opting out, the herd is becoming thin in many communities.

That’s what California discovered during a measles outbreak at Disneyland in 2015. At the time, the rate of belief-based exemptions in the state’s charter, private, and traditional public schools was 9, 5, and 2 percent, respectively. After the outbreak, California lawmakers eliminated both religious and philosophical exemptions from vaccinations. By the 2016-17 school year, the median non-medical exemption rate for kindergartners had dropped to a mere .6 percent across the three sectors.

[Read More: The Geography of Risk]

Washington state’s House of Representatives has passed a bill that would eliminate the personal and philosophical exemption for the MMR vaccination, a critical first step. Other states should follow suit. They should also track vaccination levels at schools and publish the information in state report cards on schools, indicating when immunization rates are dangerously low.

As parents evaluate their children’s schools, they should have information not just on test scores and absenteeism rates, but also vaccination levels. It’s a matter of both school safety and student achievement.

Phyllis Jordan is editorial director of FutureEd and Raegen Miller is research director.