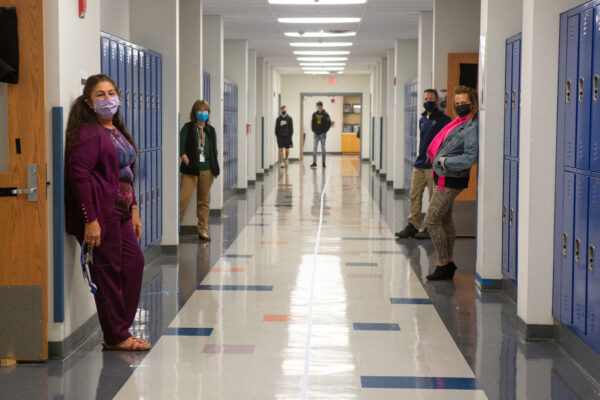 This commentary was published in The 74.

Education research is replete with studies that show how implicit bias can influence the success of students Black and White, male and female. But too often the evidence of that bias and its impact is muddied by other considerations, such as a student’s family income, where they live, or how their families value education.

Sometimes, though, the bias and its consequences are strikingly straightforward.  Fortunately, reseach also suggests solutions to the problem. Consider two recently released studies, one on race, one on gender.

In the first, University of Southern California assistant professor David Quinn asked some 1,500 teachers to participate in an experiment on judging student writing and gave each of them a writing sample from a hypothetical 2nd grader.

He used two samples that were identical—right down to misspellings, punctuation errors and sprawling handwriting—except for a key detail.  One writer described the day he spent with his brother, Connor, a name more often associated with White children. The other spent his day with his brother, Dashawn, suggesting a black author.

Half the teachers were given one letter and half the other. They were asked to grade it using vague guidance and then with a detailed rubric for judging whether the student sample was on grade level.

The results: About 35 percent of the teachers who received vague guidance decided that Connor’s brother was on grade level, compared to 30 percent for Dashawn’s brother. The bias was strongest among teachers who are White and who are female, or in other words, the bulk of the U.S. teaching force.

Fortunately, Quinn’s research offers its own solution. Among the teachers who received the detailed rubric, there was no significant difference in how the samples were judged. Using rubrics and other objective measures to assess students could help combat implicit bias, Quinn argues.

So could diversifying the teaching workforce. Currently about 79 percent of teachers are White, compared to about 48 percent of the students. Research demonstrates that White teachers often have higher expectations for their White students than for their Black students. And it shows that having at least one Black teacher in  elementary school can lead to better outcomes for Black students.

[Read More: Why a Diverse Teaching Force Matters and How We Can Get There]

The second example comes from higher education, where a University of Florida research team set out to demonstrate gender bias in the ratings that teaching assistants receive from students. The idea was simple: A single assistant in an online class, with no face-to-face contact, gave a man’s name when emailing half the students and a woman’s name to the other half.

When it came time to evaluate the TA who graded their papers and communicated with the class, the female version received five times as many negative evaluations as the male, according to the study, published this month.  Female students were toughest on the female assistant: 100 percent of the women assigned to the “male” TA gave a positive rating, compared to 88 percent of women assigned to the “female” version.

These sorts of student evaluations of teaching can play a role in whether a teaching assistant is rehired for another class—or whether they choose to pursue a career in teaching. Lead researcher Emily Khazan, a University of Florida graduate student who also served as the TA in the experiment, said she has had professors talk to her about negative remarks she received in the past. Plus, the remarks can be “disillusioning,” Khazan said.

The results echo the gender bias found in student evaluations for professors in separate studies by French and American researchers. Those evaluations can influence decisions on tenure and other considerations. Some women professors make it a point not to even look at student comments on their teaching, Khazan said in an interview.

Khazan and her co-authors argue for more research. The bias they found could have been more pronounced, they suggest, because she is a woman in a STEM field, ecology. Or it could have been less pronounced because of the anonymity of the online classroom. Would students have reacted differently if they had seen how their TA dresses or heard her voice?

But research alone won’t turn this around. “You can publish 100,000 papers, and unless you get into a conversation, unless you’re opening talking about this, it’s not going to change,” Khazan said.

Jordan is editorial director at FutureEd, an independent think tank at the McCourt School of Public Policy at Georgetown University.