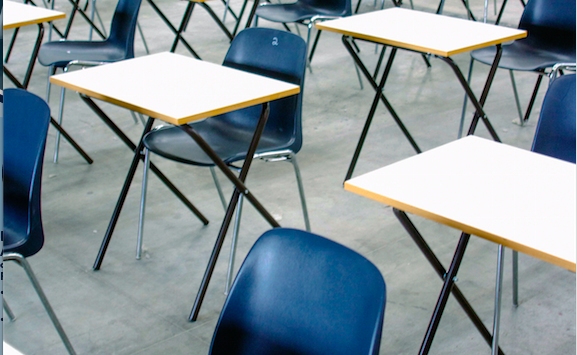 Education leaders in Washington, D.C., released two reports in recent weeks on chronic student absenteeism in the city’s high schools. The findings weren’t pretty.  Schools across the city allowed too many students who missed too much school to graduate last spring, violating school district policy and devaluing the students’ diplomas.

Administrators are examining what went wrong and have removed or placed several school leaders on administrative leave. They are pledging to fix their policies, but the discussion cannot stop there. This controversy underscores a much bigger problem.

The D.C. school district’s latest figures show 18,000 of the city’s 47,000 students are chronically absent, missing at least 10 percent of the school year in excused and unexcused absences. In Baltimore, Cleveland, Detroit, Milwaukee and Philadelphia more than a third of students miss three or more weeks of school, according to federal data.

Nationwide, nearly 7 million students are chronically absent, and many of them are graduating from high school ill prepared for what comes next. Recognizing the scale of the problem, 36 states and D.C. have included chronic absenteeism in their accountability plans required under the Every Student Succeed Acts.

This is an issue that disproportionately affects low-income students, who are both more likely to miss too much school and more likely to lose out academically because of those absences, research shows. Nationally, schools serving high concentrations of low-income students have chronic absenteeism rates nearly twice as high as those with few poor students. The numbers from D.C. make clear that the high schools with the biggest absenteeism problems are those in neighborhoods of concentrated poverty.

This is not just a matter of truant high school students skipping school to hang out with friends. Chronic absenteeism starts as early as pre-K and kindergarten and includes days missed to illness, moving households and the churn that often comes with a life lived in poverty. The report from D.C.’s Office of the State Superintendent of Education, not surprisingly, found higher absenteeism rates among homeless students and those who move frequently.

It’s also a problem for the high school student forced to stay home to watch younger siblings so that her mother can work. Or the asthmatic 3rd grader, whose illness is triggered by the mold and rot in his substandard apartment building. Or the pregnant teen who misses class for doctor’s appointments.

High school truancy—i.e. unexcused absences—often reflects the fact that the students have long since checked out of school. Research tells us that all students, rich and poor, become less motivated as they grow older and need to appreciate the value of what they are learning to remain connected.

It’s hard to see that value when you are unprepared for the reading and math requirements of high school. That was the case at Ballou and at many high schools across the country. At Ballou, administrators pressured teachers to help get these students to graduation. Some teachers did just that, either because, as some charge, a small portion of their evaluations depended on student success, or because good teachers naturally want to help their students. A third of Ballou’s 159 graduates in 2017 were absent 50 percent or more of school days.

We can all agree that giving a diploma to an unqualified student who misses half a year of school is not helpful. D.C.’s administration has pledged to make sure that doesn’t happen again. But we need to look beyond this controversy to the systemic challenge of reducing chronic absenteeism.

To its credit, DCPS is working on this from a number of angles. Mayor Muriel Bower has an Every Day Counts! campaign that includes bullying prevention, free rides for students on Metro, and a public service messaging campaign.  The school district, working with the Flamboyan Foundation, has initiated a family engagement program in some schools that includes home visits to every student and frequent communication with parents. A John Hopkins University study of the program found that students who received homes visit missed 24 percent fewer days than similar students who didn’t.

Show Up, Stand Out, a program run by the city’s Office of Victim Services and Justice Grants, connects parents with the services they need—whether housing, health care or bus fare—to get their children to school on a regular basis. The program reports that 79 percent of the families they have worked with saw their children’s attendance improve.

Other strategies include increasing students’ sense of belonging in school by ensuring they have sustained relationships with adults through mentorships, smaller classes, weekly advisories and team-building projects. Addressing broader problems by bringing health providers into the schools or connecting students and families to appropriate service agencies can also make a difference.

There’s no easy fix. But the lesson from the Ballou headlines is clear. We need to move beyond excoriating teachers and administrators and focus on what it takes to get students to school regularly.

Phyllis W. Jordan is FutureEd’s editorial director and co-author of the report Who’s In: Chronic Absenteeism Under the Every Student Succeeds Act.