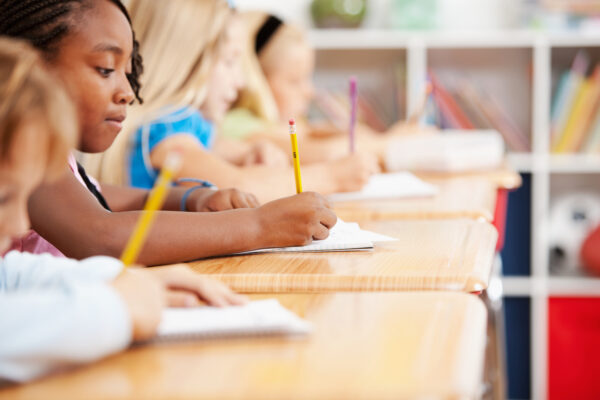 The Trump administration has made the District’s federally mandated school voucher program Exhibit A in its campaign to allow public funds to flow to private schools. Vice President Pence has called the 13-year-old D.C. Opportunity Scholarship Program a “case study in school choice success.”

In truth, the performance of the D.C. voucher program calls into question the wisdom of spending upward of $200 million in federal tax money on private schooling in a city where students already have many educational choices. And it’s a cautionary tale of how badly crafted voucher initiatives can hurt the very students they’re designed to help.

Notwithstanding the vice president’s praise, significant numbers of D.C. families have turned down vouchers or have abandoned private schools. Many voucher students have struggled academically. And the program is beset by design flaws that point to the wrongheadedness of the Trump administration’s advocacy of unregulated school choice.

The theory behind the initiative is to give D.C.’s low-income families more and better educational opportunities by supplying them with tax dollars to send their children to private schools. Fine. But voucher enrollment in the nation’s capital dropped for four straight years, from 1,638 in the 2013-2014 school year to 1,154 in the 2016-2017 year. More striking, greater than half the new students offered vouchers last year didn’t use them.

Voucher supporters say shifting political winds have undermined enrollment. A Republican-controlled Congress established the program in 2004, only to have funding for new voucher students eliminated in 2009, when Democrats seized Congress. Two years later, with Republicans back in control, money for new scholarships flowed again. This spring, Congress extended the program’s legislative authorization and the Trump administration pumped $20 million more into the program.

Serving Our Children, the nonprofit that manages the program, predicts that the congressional affirmation and new funding will help double the program’s size over the next two years. The organization says more voucher students are enrolling in private schools this fall than last.

But the political back-and-forth doesn’t explain why enrollment dropped for four consecutive years well after Republicans revitalized the program. The answer likely lies in the program’s design, the disappointing student achievement under the program and the substantial school choice that has emerged in the city’s public school sector.

[Read More: Managing School Choice and the Hypocrisy Around It]

Because Congress didn’t require any academic accountability for the private schools participating in the program, there’s no way for parents to compare how students are doing from school to school, and there’s no way for taxpayers to know the return on investment that individual schools are delivering.

Low-income parents unfamiliar with the private school landscape must navigate each school’s admissions system separately. Students are awarded vouchers after many private schools have finished their admissions processes. And voucher winners must meet the admissions standards of the schools to which they apply. In this sense, the 47 schools participating in the program are choosing students, rather than the other way around.

In many instances, families must find a way to bridge the often considerable gap between voucher awards and schools’ tuitions; last year, vouchers topped out at $12,679 for high school students, while tuition at some of the city’s elite private schools surpassed $40,000. Even when schools cover the gap, parents face extra costs for meals or other fees they wouldn’t encounter in traditional public or charter schools.

And what we do know about student achievement in the program isn’t encouraging.

While federal law lacks accountability for schools, it calls for independent assessments of student progress. Between 2012 and 2014, federal researchers tested three sample cohorts of D.C. students in the year after receiving vouchers. Those who won vouchers did worse in math in their first year than students who competed in the voucher lottery but did not receive them.

Perhaps that’s not surprising, given that nearly half the students in the program attend private schools that sprung up to serve voucher students, sometimes in storefronts, according to a 2013 report by the federal government. About 3 percent were enrolled in independent schools such as Sidwell Friends and Georgetown Day. Most of the rest attended Catholic schools, though few went to the most competitive Catholic schools, such as St. Anselm’s Abbey School.

Advocates stress that families told researchers that voucher schools were safer places to learn than public schools, and that the federal research found higher graduation rates among voucher students than their public school peers, though the study involved a relative handful of voucher graduates.There are many more choices in the D.C. public-school sector, and they are easier to navigate. The traditional school system offers open enrollment to most of its 115 campuses, and the charter sector now has 120 schools, many of them more convenient to low-income families.

A range of individual school-performance measures is available to parents. Both sectors are improving and offer some outstanding schools. Families can apply to nearly every school in both sectors through a common application system, and 67 percent of those who applied to at least three schools for the coming school year through the system got one of their choices.

The D.C. voucher program, as constituted, is not making a meaningful contribution to the education of disadvantaged students in the nation’s capital, regardless of what the vice president says. There is much Trump administration officials should learn from the program’s considerable weaknesses as it promotes more school choice.