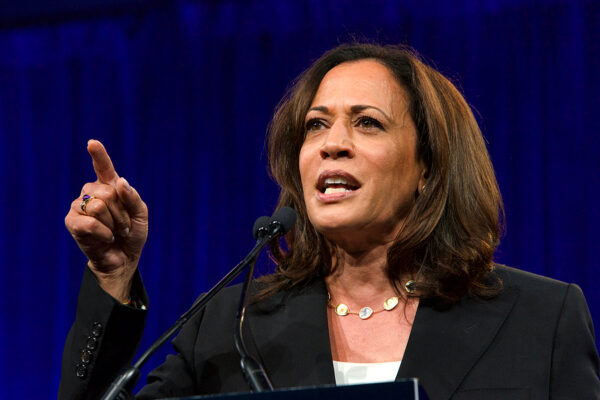 Much has been written about Kamala Harris’s decision as San Francisco district attorney to threaten parents with court action when their children miss too much school and then to champion a state law criminalizing truancy.

But less is said about her evolution on the issue of student absenteeism, how she came to use her bully pulpit as state attorney general to call for better data and a more holistic attempt to understand why students miss class.

That includes issuing annual reports documenting not just truancy but chronic absenteeism, which includes all missed school days. It includes encouraging surveys and research studies to develop better ways to engage parents in improving attendance. And it includes pushing districts to track the data carefully and develop interventions that address key barriers to getting to school.

Beyond the specifics of California, Harris’s shift tells us something about what sort of vice president she would be if elected.

Harris first approached school attendance through a criminal justice angle, linking truancy to dropout rates and community crime. “I believe that a child going without an education is tantamount to a crime,” Harris said in a 2010 speech, as she was running for state attorney general. “So, I decided I was going to start prosecuting parents for truancy.”

Her office sent harsh letters to families warning them of possible legal consequences, and prosecutors cited parents whose children missed more than 50 days of school without an excuse. Harris also joined the successful push for a 2010 state law that threatened parents of truant children with misdemeanor charges, punishable by fines as high as $2,000 and up to a year in jail. While none of the San Francisco cases led to jail time, prosecutors in other counties used the law to incarcerate parents.

Harris has expressed regret for how that law was used in other parts of the state but stands by her more comprehensive approach in San Francisco. Beyond the threat of prosecution, Harris developed a stronger connection between the D.A.’s office and the school district, setting up a process by which schools would inform parents of missed school days, set up meetings, intervene with families and connect them to needed community supports before turning cases over to the legal system.

Harris also encouraged The California Endowment, a Los Angeles-based foundation, to bring in the Ad Council for surveys on the best messaging for engaging parents in improving attendance. In 2015, the AG’s office and three dozen nonprofits released a truancy toolkit that provided extensive messaging guidance, as well as tips for school nurses, counselors and community leaders.

The findings of the Ad Council’s surveys—including the tendency of parents to underestimate the number of absences—still inform the messaging approach taken by Attendance Works, a national nonprofit based in San Francisco. It also gave Attendance Works Director Hedy Chang the idea for a research project with Harvard Professor Todd Rogers.

Using simpler language, a more supportive tone, and other changes, they rewrote the truancy letters that California school districts are required to send out. Harris’s office reviewed the letter to ensure it complied with state law. The study released last year found that students whose families received the improved letter had lower absenteeism rates than those receiving the standard letter.

Another researcher, University of Pennsylvania Professor Michael Gottfried, worked with the AG’s staff to identify evidence-based practices among California school districts focused on reducing absenteeism. His work, which started in 2015 while he was teaching at UC Santa Barbara, produced a study showing that students who ride the bus to school have lower rates of absenteeism. Another analysis demonstrated that missing school in the month before standardized testing had a bigger effect on test scores than absences at other times of the year.

In 2016, as she was running for the U.S. Senate, Harris backed another state law, this one calling for schools district attendance officials to provide support services and develop interventions to reduce chronic absenteeism and truancy. Among the provisions was a call for schools to collaborate with child welfare services, health providers, law enforcement, and courts.

““As Attorney General, Harris emphasized the need to invest in prevention, rather than punitive action,” Chang noted. “She called for schools and other community partners to get involved early by partnering with families to monitor absences and overcome attendance barriers.”

Harris’s evolving approach mirrored a shift in the education community, which began looking at attendance in the primary grades and treating absenteeism as an early warning indicator of students headed off track academically, rather than just a matter of enforcing compulsory education laws.

So what does all this mean for Harris as a vice president?

Her experience suggests she pays attention to data-driven solutions. And it shows that she’s willing to move beyond a wrong-headed orthodoxy into a more nuanced position—and willing to leverage her political power to make social change happen. That’s encouraging.