How Did Chronic Absenteeism Become a Thing? 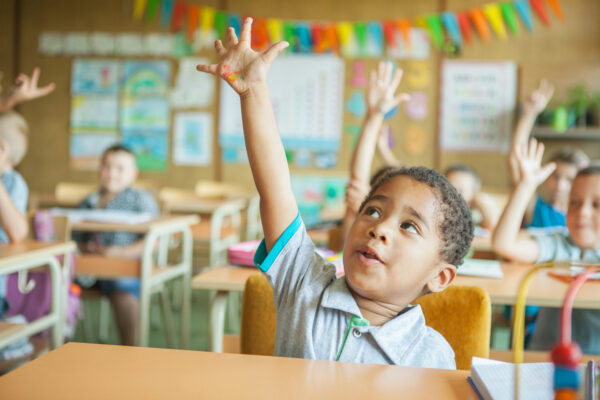 If you look at the accountability systems states are developing to meet federal requirements, you’ll see a growing number are using chronic absenteeism as a metric. Education Week calls it “super popular.”

It makes sense. The Every Student Succeeds Act (ESSA) requires states to have a non-academic measure, and absenteeism is an easy one to use. Every school collects attendance data, and teachers have been taking the roll since the one-room schoolhouse.

Beyond that, chronic absenteeism—a measure of both excused and unexcused absences—can be a window into what’s wrong and what’s right with a school. It can reflect an engaged student body and a positive school climate. Or it can signal serious health and safety concerns in a community.

But a decade ago, no one beyond a few wonky researchers ever used the term chronic absenteeism or knew what it was. How did it become a thing?

As it happens, I know a bit about this. In 2009, after leaving journalism for the world of nonprofit communications, I worked with a woman named Hedy Chang.

Hedy had made a big splash a year earlier co-authoring a study showing that one in 10 kindergarten and first grade students misses nearly a month of school every year. Now a foundation was giving her money to turn her research into a movement.

I was a little confused at first. “Is this about truancy?” I asked. No, Hedy explained, truancy counts only unexcused absences and often brings a punitive response. Plus, it tends to happen more in high school.

Chronic absence starts as early as kids start school and includes days missed to illness, family vacations and other excuses. Regardless of the reason for missing school, the absences add up to lower reading scores and weaker social skills in the early grades. Ten percent of the school year—or about 18 days—seems to be a tipping point.

At about the same time, Johns Hopkins University researcher Robert Balfanz and the University of Chicago Consortium on Chicago School Research were finding that chronic absenteeism in middle and high school was a leading indicator that students would drop out. The metric became part of early warning systems in many states.

Still, not many school districts or states paid attention to the figure. Instead, they were focused on truancy rates and average daily attendance, essentially how many students show up on a typical day.

Hedy’s goal for her newly formed nonprofit, Attendance Works, was to convert educators to tracking chronic absence, too. Attendance averages could easily mask a deeper problem.

Think of it like this: If you had 100 students in a school and five absences every day, you’d have a 95 percent average daily attendance rate. Reasonable, right—95 is an A. But over 180 school days, you would have 900 absences. Is that 100 kids missing exactly nine days each? How about 45 kids missing 20 days? Or 20 kids missing 45 days? None of these extremes would be likely, but one analysis found that schools with the same 95 percent rate had between 6 and 17 percent of their students listed as chronically absent. Until they looked at the numbers, the schools didn’t know the scope of the problem.

Looking at absenteeism that way also offers clues to why students are missing school. If absences are concentrated among students from one neighborhood, perhaps it’s a transportation or community safety issue. If it’s one classroom, maybe it’s a problem with the teacher or a class bully. Poverty is often a factor, especially in the early grades.

In Baltimore, social workers spent a summer visiting the homes of every K-2 student who missed 40 or more days the previous year. In a third of the cases, the children had uncontrolled asthma. In Providence, an elementary school found that many of the chronically absent students had parents working graveyard shifts.

With a lively website, research reports and a relentless travel schedule, Hedy and her team at Attendance Works preached the value of tracking chronic absence and addressing its root causes. They worked with several national organizations to start Attendance Awareness Month (September) to hammer home the importance of attendance.

It helped that the Campaign for Grade-Level Reading, which focuses on reading by third grade, encouraged the nearly 200 communities it works with to track the metric. One of those places, New Britain, Conn., saw literacy rates improve as schools cut kindergarten chronic absenteeism in half. Another, Grand Rapids, Mich., reduced absences significantly with a positive campaign encouraging parents and students to “Strive for Five” or fewer missed days.

This ability to move the numbers encouraged more districts to work on attendance. Mayors, school superintendents and local philanthropies got on board. Teachers and social workers, business leaders and doctors all played a part. The issue defied politics: Who’s opposed to kids attending school regularly?

Read More: Being There Matters: Tracking Student and Teacher Attendance

States and state advocacy groups began doing their own analyses: Many had put attendance information into the longitudinal databases required by the No Child Left Behind act (NCLB), so they could run numbers showing the connection between absenteeism and test scores. When the U.S. Education Department began granting waivers.to NCLB, several states—including Hawaii, New Jersey and Oregon—built chronic absence into their accountability systems.

Then the Education Department’s Office for Civil Rights (OCR) decided to add a measure of chronic absenteeism—defined as the proportion of students missing 15 or more school days—in its 2013-14 Civil Rights Data Collection. After that, the White House My Brother’s Keeper initiative adopted the “Success Mentors” strategy pioneered in New York City to reducing absenteeism among young men of color.

Finally, the release of the 2013-14 OCR data in June 2016 provided a wealth of information—and considerable media coverage—showing 6.8 million students nationwide could be chronically absent. Now everyone was paying attention to a metric that no one had heard of a decade earlier.

In some ways, the push for tracking chronic absenteeism benefitted from timing, given the increased emphasis on education data and the ESSA’s commitment to going beyond test scores to measure school success.

But it also shows the value of building support for an idea locally, getting buy-in from stakeholders and experimenting at the state level before making a move nationally. In a time of gridlock in Washington, this might just be the right model to pursue.