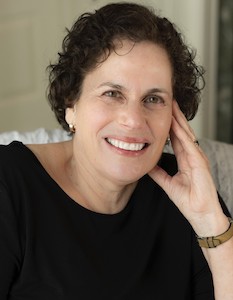 And while critical race theory, which argues that racism is structural and integrally woven into the country’s laws and institutions, was never intended to be taught in elementary and secondary schools, culturally responsive teaching is meant to help schools educate diverse students effectively.

Geneva Gay, a professor of education at the University of Washington, is credited with creating the concept. It involves “using the cultural knowledge, prior experience, frames of reference and performance styles of ethnically diverse students to make learning encounters more relevant to and effective for them,” she says.

What does culturally responsive teaching include? One key is ensuring that teachers recognize how they see students of other races, ethnicities and cultures. Consciously or subconsciously, do teachers see them as having deficits, or as having unique strengths and insights? Do they understand and accept their students' diverse communication styles or dismiss them?

Culturally responsive teaching is not limited to one subject or time during the school day, but should be a part of all student-teacher interactions, Gay and other advocates say. One important aspect of the concept is an awareness of the messages conveyed about students from different backgrounds throughout the curriculum, from science to social studies. Do classrooms reinforce stereotypes by, for example portraying Black people portrayed as athletes or women as nurses? Are certain groups, such as Latinos, refugees or LGBTQ students, usually left out of text and pictures?

Rudine Sims Bishop, a professor emerita of education at The Ohio State University, says literature should be both windows into other cultures and mirrors where students can see themselves reflected; culturally responsive teaching searches out those opportunities to provide windows and mirrors in the curriculum.

Gay based her instructional strategies on research conducted by Gladys Ladson-Billings into culturally responsive teaching by high-performing Black teachers. Ladson-Billings, a former Kellner Family Distinguished Chair in Urban Education at the University of Wisconsin at Madison, is also a former president of the American Educational Research Association.

Ladson-Billings found that these teachers understood and respected their students’ cultures and communities and used the knowledge in their teaching  They educated themselves and their students on personal and global political issues that impacted them and their communities. They encouraged students to critically question existing norms and see themselves as empowered to create change. And they were willing to question how their own backgrounds and biases affected their teaching.

Often, people see culturally responsive teaching solely as a way to raise students’ self-esteem and take pride in their culture; while that is a part of the work, Ladson-Billings and others say, the focus should be on academic achievement and the ability of students to do increasingly challenging work.

Research that synthesized decades of studies on culturally responsive teaching found that engagement of the practice “across the content areas resulted in positive increases in academic skills and concepts.” The synthesis, by Brittany Aronson, an associate professor of education at Penn State University, and Judson Laughter, an associate professor of English education at the University of Tennessee, at Knoxville, also revealed that culturally responsive teaching, when done well, increased students’ motivation, interest, ability to participate in discussions and self-confidence when taking standardized tests.

Looking at mathematics, where culturally responsive teaching is often seen as irrelevant, the researchers cited an example of classrooms where “students were able to incorporate the problems facing many African American communities to make mathematical learning more relevant to them.” One class worked to close or relocate liquor stores that were within 1,000 feet of their school and the study noted that “students learned about tax codes and fiscal incentives and used this information to think about mathematics as a way to model their reality.”

There are a number of common misunderstandings about culturally responsive teaching, beyond the tendency to confuse it with critical race theory. One is that it focuses solely on one or two aspects of a student’s background, especially race, a tendency that can lead to stereotyping some children and ignoring others. On the contrary, the idea of culturally responsive teaching is to understand the whole child—the complex combination of  background, history, fears, interests and desires that create a personality beyond race, ethnicity, ability or gender.

Another misconception is that culturally responsive teaching is the same as multicultural education, which typically celebrates family heritage through class projects and other activities. Zaretta Hammond, author of “Culturally Responsive Teaching and The Brain,” calls this “a Small World approach,” by focusing on surface culture and building social harmony. Culturally responsive teaching, on the other hand, Hammond says, is about “improving the learning capacity of students who have been marginalized educationally.”

Culturally responsive teaching has been caught up in battles over the direction of the culture in recent years. Some policymakers have embraced the concept and others have roundly rejected it.

A 2019 survey by the non-profit New America found that 28 states have professional teaching standards that expect teachers to reflect on how their cultural perspectives might prompt biases. Alabama, Washington, and Minnesota, for example, expect teachers to learn about institutional biases.

“[C]ulturally responsive teachers and leaders understand that there are systems in our society, especially, but not limited to, our school system, that create and reinforce inequities, thereby creating oppressive conditions,” the Illinois State Board of Education wrote in 2021 standards. “Educators work actively against these systems in their everyday roles in educational institutions.”

[Read More: What the Florida CRT Bill Means for the Future of Textbooks]

Meanwhile, opposition to culturally responsive teaching has been mounting within state legislatures, despite the evidence that the strategy improved student engagement and academic achievement.

Pen America, an organization that promotes literature and human rights, reports that in 2022 lawmakers in 36 states have introduced 137 bills that primarily would restrict teaching about race, compared to 54 bills introduced in 22 states in 2021. A dozen such laws were passed in 2021 and seven in 2022.

Although most of these laws are aimed at concerns about critical race theory—or what it is perceived to be—culturally responsive training gets entangled in the controversy. In Virginia, Gov. Glenn Youngkin issued an executive order in early 2022 ordering the state’s superintendent of public instruction to review the state education department’s Cultural Competency Training “to determine if it or any portion of it promotes inherently divisive concepts, and take action…to modify such training to end the use of inherently divisive concepts.”

The state of Florida in 2021 specified that publishers and school districts could not “incorporate [in their math materials] unsolicited strategies such as social emotional learning and culturally responsive teaching.”