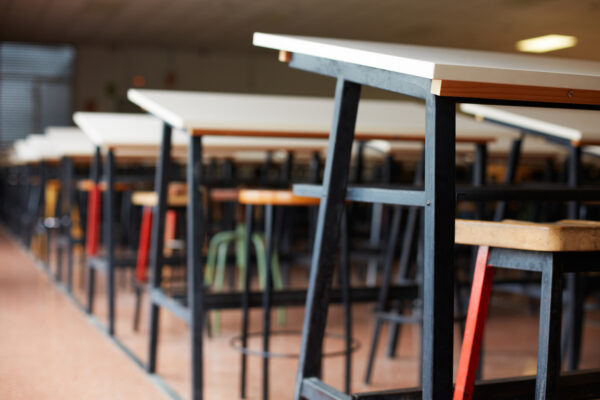 This piece was published in EdSource on Dec. 12 and draws on FutureEd’s report on chronic absenteeism and ESSA.

Last week, California’s parents and educators received a new trove of information about what’s going on in the state’s public schools. For the first time, state officials released data on the level of student absenteeism in every school.

The data show more than one in 10 students are chronically absent, meaning they miss 10 percent or more of the school year in excused or unexcused absences. The problem strikes in rural, urban, and suburban schools. It is worse among foster children and homeless students, among Native American and African American kids.

These results are troubling because chronic absenteeism is associated with weaker test scores, higher dropout rates and lower chances of finishing college. High levels of absenteeism can also signal problems within a school, whether it’s a chaotic culture dominated by bullies or a harsh discipline code pushing students out through suspensions. And chronic absenteeism can point to community problems that lie beyond the schoolyard: transportation challenges that keep students from making it to school or asthma clusters that keep children home sick.

The release of the data comes as chronic absenteeism is becoming part of the California Dashboard, the state’s new accountability system. Under a plan submitted to the U.S. Department of Education in September, California is one of 36 states to include the metric in its plan required under the federal Every Student Succeeds Act (ESSA), our research shows. But California has work to do to make this indicator more meaningful.

First, it needs to set an ambitious goal for what it expects its schools and districts to achieve on absenteeism. The data released last week merely provided a baseline, and state officials are using that as a starting point to set expectations. They might take a look at what other states have done.

[Read More: Who’s In: Chronic Absenteeism and the Every Student Succeeds Act]

Connecticut’s ESSA plan calls for schools to have no more than 5 percent students deemed chronically absent—a standard only about 15 percent of schools there would meet. Indiana wants no more than 3 percent on the chronic absenteeism rolls, but gives partial credit to schools that show improvement. California should set aspirational goals like these, but give schools credit for improving attendance rates.

California’s education leaders should also review—and enforce—the rules for collecting this important data. Our research found many states have inconsistent guidance—or none at all—which could compromise the data or allow schools to game the system.

Some states, for instance, have no rules on partial day absences: Is a student who shows up for one or two classes, then skips out, considered present or absent?

California has a partial-day policy but it’s problematic: Students showing up for just one period are deemed present, even if they miss the rest of the day. This makes some sense given that state funding is doled out based on average daily attendance. But from an educational standpoint, are students really getting the most out of school if they show up just one hour a day?

A study of secondary school students in one California school district showed that chronic absenteeism rates would climb from 9 to 24 percent if the time lost to partial-day absences was factored in. The state needs to find a way to reflect this missed instructional time.

Meanwhile, there are schools and districts across the country that keep their absenteeism rates down by simply taking students off the rolls when they miss a certain number of days.

Say a family takes their child out of school for three weeks to visit grandparents in another country. The student is disenrolled—then reenrolled when he returns. That leaves no absences on the books for the school and no record that the youngster missed three weeks of instruction.

To its credit, California has addressed this problem. The State Department of Education recently updated its rules, making clear that schools must take several steps before disenrolling students: notification of parents, a meeting with parents and referral to the local School Attendance Review Board, among them. The state needs to make sure districts are sticking to these rules and administering them properly to allow accurate comparison across schools and districts.

Above all, state officials need to continue to support schools and districts in reducing chronic absenteeism. The state superintendent’s office and attendance review board, as well as the attorney general’s office, have been pushing strategies and training sessions for years, but absenteeism persists. Let’s hope the added accountability will encourage educators to bring more kids back to school.