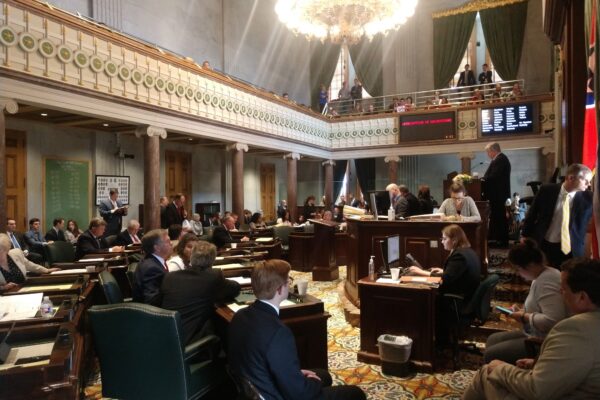 This piece was also published in The Tennessean. Update: The bill was signed into law on May 24.

Tennessee has been recognized across the country for its innovative and bipartisan effort to transform public education. More than a decade of concentrated and comprehensive reform has overhauled the state’s teaching profession, while ratcheting up standards for students and scores on nationwide tests. Researchers have documented these improvements and heralded Tennessee’s approach.

Why then is the state legislature advancing a measure from Republican Gov. Bill Lee that would use public dollars to send students to private schools? The proposal would not deliver on its promise to help low-income children escape from poorly performing schools. But it could drain education funding and eventually undermine the progress Tennessee has made to improve public schools.

Tennessee has succeeded in part because of the rare bipartisan support allowing initiatives to grow and evolve. With his proposal for education savings accounts, a form of school vouchers, Lee is taking his eye off the ball.

The program would start with a $25 million investment, but by 2024 could cost $125 million annually. Key legislative committees agreed to double the cap on the program from 15,000 to 30,000 students before they scaled it back again. After the first three years, public districts would receive no help dealing with the state dollars lost when children leave for private schools.

The experience in Indiana, for instance, shows that those losses could be substantial. Last year, the state spent $161 million sending 36,000 students to private schools. Backers argue that public schools are saving the money they would have spent educating these children.

But seldom does a school lose enough students to cut a teacher or a school bus route or a custodian. There are fixed costs to public education, and vouchers drain the money needed to pay them.

Lee’s promise to help low-income children move out of failing schools is misleading. Tennessee’s income eligibility threshold is about $65,000, far above the poverty line and higher than the state’s median household income: $51,345 in 2017.

What’s more, students receiving vouchers wouldn’t have to attend a poorly performing school, just be assigned to districts with at least three schools in the state’s bottom 10%. In Indiana, only 405 of the more than 36,000 students receiving vouchers in 2018-19 lived in attendance zones of F-rated schools. Rather than helping students escape failing schools, the Indiana program has essentially become a subsidy for private schools.

What sort of results are these schools getting? In Indiana and Louisiana, test scores are actually lower when students start attending private schools. They rebound slightly, but often don’t surpass public-school peers. Some studies found voucher students are more likely than peers to enroll in college, but not to earn a degree.

Put simply, the possible benefits of private school vouchers do not outweigh the costs to Tennessee’s public schools. The state has built an education system recognized for innovation and progress. Lawmakers should not divert funding or energy from that effort.