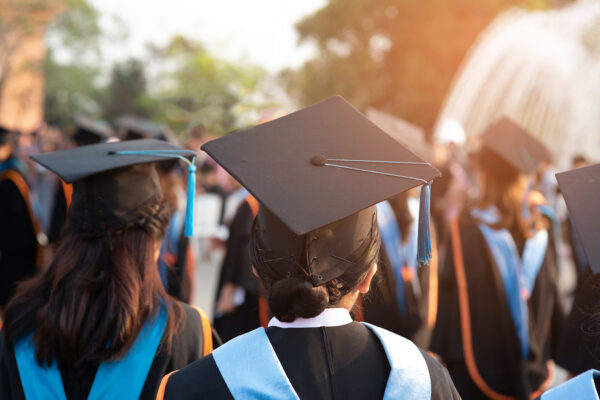 This commentary was initially published in The Hill.

The problem they’re trying to address is undeniable. Student debt has grown to $1.6 trillion, up from about $90 billion two decades ago, with two thirds of 2018 graduates owing money. While the default rate is down slightly, a quarter of those receiving federal direct loans were delinquent or in default at the end of 2018, a recent analysis found.

This burden has hit hard in the millennial generation, contributing to a 9 percentage point drop in homeownership among young adults in a decade, according to a report by the Federal Reserve Bank of New York. Lifting this financial burden, the thinking goes, would stimulate the economy by allowing young borrowers to improve credit ratings and buy homes.

At the same time, forgiving this debt is problematic. First, it’s expensive. Sanders’ plan to forgive loans from public sources and buy up private loans would cost an estimated $1.6 trillion over 10 years. Warren’s more limited plan would still cost $640 billion.

Then there’s the equity issue. Even when focusing on families making less than $250,000, Warren’s plan would give two thirds of the benefits to the top 40 percent of earners, according to a Brookings Institution analysis.

And is universal debt forgiveness fair to the students who chose their college or their major with student loans in mind? Or to those who made career choices enabling them to pay off their loans? What about the students who go to college after this payout: Would they also have future loans wiped clean? Even if “free college” becomes a reality, it won’t cover tuition at private institutions or graduate schools.

Rather than erase student loans without any strings, it makes more sense to leverage this debt to address other societal problems. Legislation now in Congress offers a novel approach. The bill introduced in June by Rep. Marcy Kaptur (D-Ohio) would launch a pilot program allowing some borrowers to convert their student debt into mortgage debt. They’d still owe the money, but they’d be paying it toward a home, building equity in their future.

The proposal has some limitations. The borrowers would have to be “creditworthy federal student debt holders,” meaning they would have to have federal loans, earn good credit ratings, have a job, and be up to date on payments. That would rule out many of the 44.7 million student borrowers, but would still leave millions of potential homeowners.

The homes would be those on the federal foreclosure rolls or in land banks. Currently, there are 16.8 million vacant homes nationwide, including large inventories held by Fannie Mae, Freddie Mac and the Department of Housing and Urban Development. Selling these homes at a discount to student loan holders could help neighborhoods recover both in terms of property values and economic activity. The borrowers would have to stay in the house for at least three years, to prevent flipping.

Rather than offer blanket loan forgiveness, this bill provides a way to turn that debt burden into a benefit for the borrower and the community. Kaptur and her team have discussed the idea with Education Secretary Betsy DeVos and say she would be open to her department helping to identify qualified borrowers. Congress could easily build the measure into the reauthorization of the Higher Education Act introduced this month or attached to an appropriations bill.

This is the kind of thinking that makes sense—economically and politically—to provide relief to what has become a generation of debtors. That said, there needs to be a more holistic solution to making higher education more affordable for students going forward, whether by making public institutions free or increasing the size of Pell grants—or a combination of the approaches.