To Find the Value a Teacher Adds, Look Beyond Test Scores 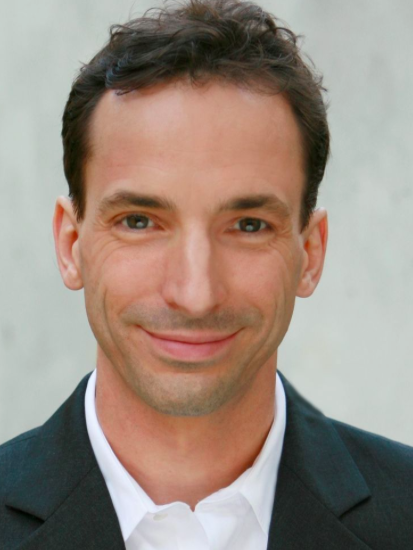 A few years ago, a young economist at Northwestern University named Kirabo Jackson decided he wanted to investigate the ways we measure the effectiveness of teachers. He found a detailed database in North Carolina that tracked the performance of every single ninth-grade student in the state between 2005 and 2012 — a total of 537,241 students. The data followed their progress not only in ninth grade but through high school and beyond. Jackson had access to each student’s scores on the statewide standardized test, and he used that as a rough measure of their cognitive ability. Then he did something new.

He created a proxy measure for students’ noncognitive ability, using just four pieces of existing administrative data: a student’s attendance, suspensions, on-time grade progression, and overall GPA. Jackson’s new index measured, in a fairly crude form, how engaged the student was in school — whether he showed up, whether he misbehaved, and how hard he worked in his classes. Remarkably, Jackson found that this simple noncognitive proxy was a better predictor than a student’s test scores of whether the student would attend college, a better predictor of adult wages, and a better predictor of future arrests.

Jackson’s proxy measure then allowed him to do some intriguing analysis of teachers’ effectiveness. He subjected every ninth-grade English and algebra teacher in North Carolina to what economists call a value-added assessment. First he calculated whether and how being a student in a particular teacher’s class affected that student’s standardized-test score. This is the basic measure of value-added assessment in use today; teachers in many states across the country are evaluated (and sometimes compensated or fired) based on similar measures. But Jackson went one step further. He calculated the effect that teachers had on their students’ noncognitive proxy measure: on their attendance, suspensions, timely progression from one grade to the next, and overall GPA.

[View a presentation by Kirabo Jackson]

What he found was that some teachers were reliably able to raise their students’ standardized-test scores year after year. These are the teachers, in every teacher-evaluation system that currently exists in this country, who are most valued and most rewarded. But Jackson also found that there was another distinct cohort of teachers who were reliably able to raise their students’ performance on his noncognitive measure. If you were assigned to the class of a teacher in this cohort, you were more likely to show up to school, more likely to avoid suspension, more likely to move on to the next grade. And your overall GPA went up — not just your grades in that particular teacher’s class, but your grades in your other classes, too.

Jackson found that these two groups of successful teachers did not necessarily overlap much; in every school, it seemed, there were certain teachers who were especially good at developing cognitive skills in their students and other teachers who excelled at developing noncognitive skills. But the teachers in the second cohort were not being rewarded for their success with their students — indeed, it seemed likely that no one but Kirabo Jackson even realized that they were successful. And yet those teachers, according to Jackson’s calculations, were doing more to get those students to college and raise their future wages than were the much celebrated teachers who boosted students’ test scores.

The most obvious thing we can learn from Jackson’s study is that there are teachers out there making significant contributions to student success who are not being recognized by current accountability measures. What’s more, those measures may be skewing teacher behavior in a way that is on the whole disadvantageous to students. If you’re a teacher who is really good at raising noncognitive ability, but the teacher down the hall who is good at raising test scores is getting all the performance bonuses, you might be inspired to change your practices, despite the fact that you’re already providing profound benefits to your students.

But beyond this important policy implication is a second implication in Jackson’s study that is more relevant for our purposes: There is a more creative and potentially more useful way to measure noncognitive skills than what most researchers are currently focused on. Instead of laboring to come up with a perfectly calibrated new assessment tool for grit or self-control or self-efficacy, we can measure noncognitive capacities by measuring the positive outcomes that we know those capacities contribute to.

This conclusion then leads to an even deeper implication: It doesn’t really matter if we label these qualities grit or self-control or tenacity or perseverance, or whether we define them as character strengths or noncognitive skills — or anything else, for that matter. For now, at least, it may be enough to know that for the students in Jackson’s study, spending a few hours each week in close proximity to a certain kind of teacher changed something about their behavior. The environment those teachers created in the classroom somehow helped those students start making better decisions, and those decisions improved their lives in meaningful ways.

Because we tend to talk about school performance using the language of skills, we often default to the skill-development paradigm when considering these qualities: Teachers teach new noncognitive skills; students learn new noncognitive skills; those new skills lead to different behaviors. And if that’s the paradigm guiding our thinking, then of course we’d want to know exactly what those skills are, how to define them, how to measure them precisely, and how to teach them. What Jackson’s study suggests is that what is going on in those classrooms may not really be about students acquiring skills, at least not in the traditional sense.

So here’s a different paradigm, admittedly imprecise but, I would argue, a more accurate representation of what is happening in effective classrooms: Teachers create a certain climate, students behave differently in response to that climate, and those new behaviors lead to success. Did the students learn new skills that enabled them to behave differently? Maybe. Or maybe what we are choosing to call “skills” in this case is really just a new way of thinking about the world or about themselves — a set of attitudes or beliefs or mindsets that somehow unleash a new and potent way of behaving.

It’s not hard to see some parallels here with the research on parenting that I wrote about earlier. Parent coaches in programs like ABC and FIND don’t get hung up on which specific nursery rhymes and peekaboo techniques parents use with their infants; they know that what matters, in general, is warm, responsive, face-to-face, serve-and-return parenting, which can be delivered in many different flavors. That parenting approach, however it is carried out, conveys to infants some deep, even transcendent messages about belonging, security, stability, and their place in the world. And those mushy, sentimental notions find their articulation in the infants’ brains in precise neurochemical reactions: the formation of a synapse, the pruning of a dendrite, the methylation of a DNA sequence. All of which contribute, directly or indirectly, to that child’s future success in school.

The chain reactions taking place in the classroom may in fact be quite similar. Teachers convey to their students deep messages — often implicitly or even subliminally — about belonging, connection, ability, and opportunity. Those messages may not have the same measurable neurochemical effects on a ten-year-old brain as they do on a ten-month-old brain, but they do have a profound impact on students’ psychology and thus on their behavior.

When kids feel a sense of belonging at school, when they receive the right kind of messages from an adult who believes they can succeed and who is attending to them with some degree of compassion and respect, they are then more likely to show up to class, to persevere longer at difficult tasks, and to deal more resiliently with the countless small-scale setbacks and frustrations that make up the typical student’s school day. In the same way that responsive parenting in early childhood creates a kind of mental space where a child’s first tentative steps toward intellectual learning can take place, so do the right kind of messages from teachers in school create a mental space that allows a student to engage in more advanced and demanding academic learning.

This is an excerpt from Paul Tough's latest book, Helping Children Succeed: What Works and Why, published in 2016 by Houghton Mifflin Harcourt. Tough's previous books are How Children Succeed and Whatever It Takes. He is a contributing writer to the New York Times Magazine and a speaker on various topics including education, poverty, parenting, and politics.