Laptops in the Classroom: An Open and Closed Case

A recent commentary piece in the New York Times generated a flurry of debate over the proper use of technology in college classrooms. At FutureEd, we turned to some of our research advisors and senior fellows for their experiences with laptops and cell phones.

Over the past eight years, my survey course on Politics and Education in the U.S. at the Harvard 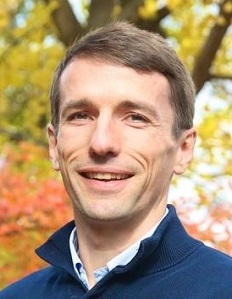 Graduate School of Education came to resemble an Internet café more than a classroom, with a laptop perched on nearly every student’s desk. That’s not because the course is tech-heavy. I do use survey tools to probe students’ views on controversial issues, but this can be done through “clickers” (and now phones) rather than computers.

And my pedagogy, at least in this course, is otherwise quite traditional: a blend of lecture, turn-and-talks, and small-group discussion. But “laptop-open” has become the default stance in higher education, and my class was no exception.

At first I welcomed this development, grateful that my 80-plus students would have ready access to course readings and an efficient way to capture our conversations. But soon students began to complain about being distracted by the steady flow of news alerts and social media activity on their peers’ screens.

Three years ago, I decided to require that students disable their laptops’ wireless capabilities, convinced that the root of the problem was the temptation of being connected—and the costs giving into that temptation imposed on other students. My “no-WiFi” policy proved difficult to enforce, however, and did nothing about the possibility that laptop-use might hinder learning in other ways.

This semester, I went a step further. Inspired by the same body of research University of Michigan economist Sue Dynarski reviewed in her recent New York Times column, I decided to ban laptops altogether—at least during the 50 percent of class meetings that are primarily lectures. (I continued to allow wireless-free use for the other half of classes, when students work in small groups on projects for which access to readings is helpful and can hold one another accountable. And, of course, students who required a laptop for accessibility reasons were welcome to use them.)

From my subjective perspective as instructor, the change in classroom environment was unambiguously positive. Students were noticeably more engaged, asking more and better questions, and more closely tracking and responding to their peers’ comments.

The fact that more students were looking at me, not at their devices, made it easier for me to know when we were on the same page. I won’t have course evaluation data for several weeks, but I expect student feedback to be positive. A few eyebrows raised when I announced the policy on day one, but I received no complaints about the policy once it was in place. In fact, the only complaints I received were about students consulting their smartphones with greater frequency, a problem that now seems easy to solve. 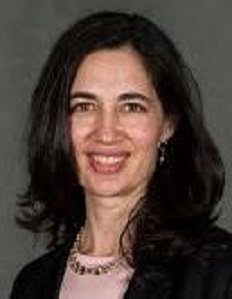 technology in the college classroom. It provided the push I needed to ban the laptops and phones I had long suspected did nothing good in my classroom.

I implemented a no-laptop, no-phone policy in both my classes this fall—while noting students who wished to use technology to accommodate a disability could do so. I shared the evidence base with students. I posted the policy on my syllabus, informing students that violating the policy constituted sufficiently unprofessional behavior that I would be unable to provide recommendations for any offenders.

This fall I taught two classes, both with under 20 students. One class, Intermediate Microeconomics, requires a lot of graphing and equations. The class is not conducive to note-taking on a computer and students typically have not used laptops in this class in the past. The biggest difference from past years was that no students were surreptitiously texting in class. This led to a nice feedback effect in which I did not get annoyed and distracted watching them text.

I also taught an education policy elective in which all readings were provided electronically. For this class, the policy meant that students could either print out the readings or not have them in front of them during class discussion. I considered allowing laptops for students to view readings, but the nature of our discussion was not a close analysis of the text. Instead I projected key visuals for everyone to see, which worked just fine.

In past years, my students in this type of elective were busily typing, clicking, and scrolling away—doing what, I can’t say—during class. As I reflected before making the switch, students do not need a transcript of the class—they need to pay attention. This was a new course for me so I cannot make any causal inference, but I enjoyed a noticeably higher level of student engagement than in past courses.

Overall, I was surprised just how easy this change was—for me, anyhow. I noted one violation, at the beginning of the semester, and that was it. I continued to remind students of the policy at the start of each class for a few weeks, and then they had it down. I give the laptop ban five stars and plan to maintain it going forward.

I have grappled with the issues of technology in the classroom since my very first class at USC. Over

time, I have tried various approaches, and I have also changed my approach depending on the class I teach.

At first, I allowed all devices in class. When I did this, students were often distracted to a varying degree. Some students—typically the lowest performers in the class—tended to be off task very frequently, while others could mostly resist the temptation to play with their devices. In short, I felt that allowing devices tended to exacerbate the differences in student performance.

After one semester, I instituted a "no devices" policy in one class (with obvious required exceptions for students with disabilities, and a more general exception for any student who wanted to make an affirmative case for using a device in class). In general, I would say that I found students were more engaged in class. Though there was some grousing (both in person and on end-of-course evaluations), I think that teaching and learning were better in these device-free classes.

Over time, I have typically reverted back to an "anything goes" policy on devices. There are two reasons for this. First, the types of classes I have taught have changed—in recent years I have mostly been teaching PhD statistics classes where a) devices are more necessary and b) I am less concerned about motivation problems in class.

Second, I have been persuaded by the advocates that blanket device bans may marginalize already marginalized student groups. For instance, a blanket laptop ban with an exception for students with disabilities forces these students to "out" themselves in class, which may make them uncomfortable and affect their ability to learn.

That said, I am planning to institute a new device policy starting in the spring: In my undergraduate class—I plan to keep allowing devices with no restriction in my PhD classes. My new policy for undergraduates will be to spend 10 minutes on the first day of class reviewing recent research on the negative effects of devices on student learning (research that I find quite compelling) and then offer students my recommendation that they put away their devices to the maximum extent possible.

We will see how this plays out over the course of the spring semester, but I think this compromise can encourage good behavior without the negative unintended consequences that might come from a blanket ban.