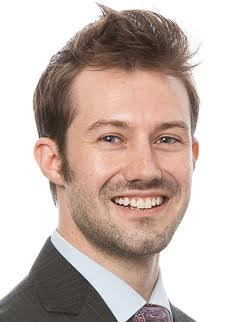 From presidential candidates to state legislators, policymakers are talking about "free college" as a way to make higher education affordable for more people. But new analysis from my organization, the nonpartisan Institute for Higher Education Policy (IHEP), suggests that the most popular free-college programs would not do as much to help those in need as more traditional need-based financial aid.

For our recent report Limited Means, Limited Options, IHEP collected student-specific net prices at more than 2,000 colleges. We then compared those to reasonable measures of affordability, based on Lumina Foundation's Affordability Benchmark, which factors in family savings and student work hours.

The results showed that the student whose family had the highest income in the analysis could afford roughly 90 percent of the sample colleges, while low- to moderate-income students could only afford 1 percent to 5 percent. We also found that federal student loans such as Stafford were insufficient to close the affordability gap for most students. 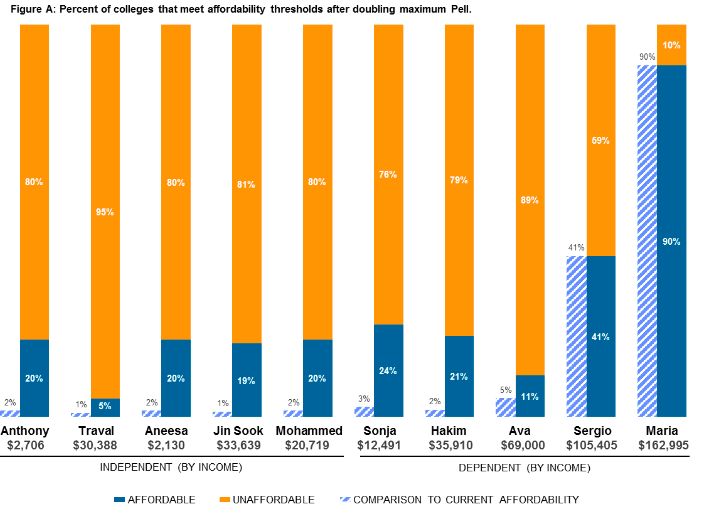 We also examined what would happen with a "free college" approach, which typically involves what's known as a "last-dollar" plan, with states counting all grants students receive toward the cost of college before contributing any additional monies to make tuition free.

In many cases, that would mean low-income students get very little beyond what they already receive. Meanwhile, absent limitations such as an income cap, affluent students who don't 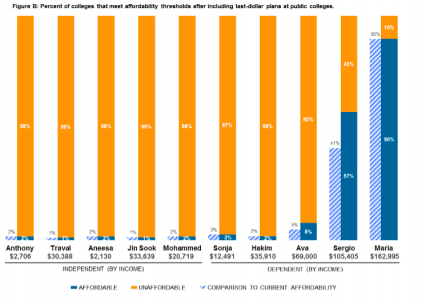 qualify for need-based aid because they have more resources to pay for colleges costs would end up receiving more money under the free-college strategy.

In fact, more traditional need-based aid programs like the Pell Grant are more specifically targeted toward needy students than free-college. Consider a sample student whose family makes about $36,000 a year: Currently, only 2 percent of U.S. colleges would be affordable, and that percentage would not change under a last-dollar free college plan, but doubling the maximum Pell award would make 21 percent of colleges affordable for them. 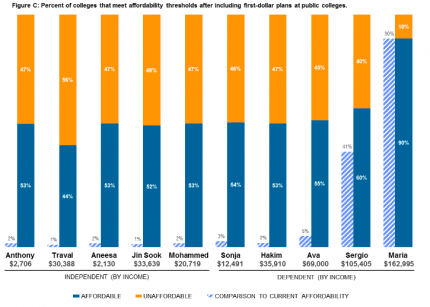 More recent analysis shows that figure would rise to 53 percent if the state adopted a "first-dollar" plan, in which states cover tuition at public colleges up-front, and students who receive grants like Pell can still use them to cover some other costs, such as housing and textbooks. But at this point, no states are offering such a first-dollar plan.

The federal Pell Grant, which provides about $6,000 maximum annually, remains a critical piece of financial assistance for college students, targeted toward those who need it most. Unfortunately, Pell has lost its purchasing power relative to college costs over the last several years, but doubling the maximum award would reinvigorate the program and help both low-income students and moderate-income students in need. Such a move, though, is unlikely in the current political climate.

[Read More: Fitting in and Graduation Rates at UT Austin]

In addition to protecting and strengthening Pell, Congress should pass legislation to improve consumer information and transparency, giving students the information they need to make affordable choices; states should strengthen their direct investment in public colleges and need-based aid programs; and colleges with wealth at their disposal—either in the form of large endowments or company profits—should keep prices low for needy students.

Many federal, state, and institutional policymakers are already familiar with these recommendations—what we need now are bold leaders with the courage to spearhead these much-needed reforms.

Alain Poutré is a research analyst at the Institute for Higher Education Policy, a nonpartisan research and policy center based in Washington, D.C.