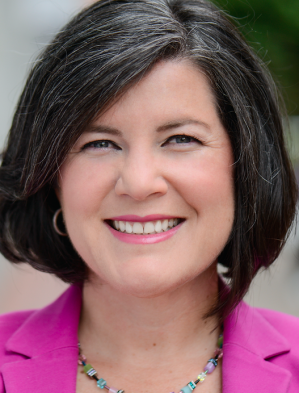 The nation is rightly focused on the plight of thousands of immigrant children who have been separated from their families and on the federal government’s inability to reunite them quickly. But after the cameras leave, we still have the challenge of providing an equitable education to our immigrant and English-language learner (ELL) population.

Many of these children will eventually enroll in our schools. Yet there has been far too little attention paid to the impact of their entering our classrooms, or our responsibility to educate these vulnerable children who endured so much trauma in the process of arriving here.

The landmark case of Plyer v. Doe means all children in the United States are entitled to equal access to a public elementary and secondary education, regardless of their national origin, citizenship, or immigration status.

We saw this play out earlier this decade when the United States began to see an influx of unaccompanied minors entering the country. The number surged in 2014 to an estimated 70,000 to 90,000 children, 49,000 of whom were dispersed across the country to sponsors, likely relatives or parents. They came from the same places they are coming from now, poor and violent towns in Honduras, Guatemala and El Salvador. Thousands settled in places like Texas and Florida and in northeastern states like New York and Massachusetts.

As an education sector, we have a history in this country of “kicking that can down the road” and expecting big challenges to be tackled by someone else. We find ourselves here again, but with more rancor and division than ever before. We have not dealt with anti-immigrant laws that stifle opportunities to welcome, teach, and put immigrant children on a path to becoming fully bilingual, bi-literate and bicultural adults equipped to contribute to our society.

Nationwide, ELL student achievement lags significantly behind the performance of their peers. Only 63 percent of ELL students graduate from high school, compared with the overall national rate of 82 percent. Across the country, many ELL students remain in academically segregated programs where they fall further behind.

We need to address two key concerns to turn this around. The first is to provide a robust education to these children in a bilingual setting. Research shows dual-language programs provides students, particularly ELL students, with numerous benefits. In a four-year randomized trial conducted for the Institute for Education Sciences in 2012, dual-language students outperformed peers in English-reading skills by a full year’s worth of learning by the end of middle school.

But for much of the past two decades, U.S. schools have been going backwards on bilingual education.

In 1998, California passed Proposition 227, which required public schools to teach ELL students almost entirely in English. The bill’s intention was to educate these students in a one-year program before placing them in mainstream classrooms. The provision virtually eliminated bilingual education across the state.

Two years later, Arizona passed a similar proposition. In the case of Arizona, academic performance for ELL students did not make up part of the accountability formula in schools, leading to schools underreporting the real performance level of ELL students.

When the No Child Left Behind Act was signed into law in 2002, it imposed high-stakes testing that promoted the adoption and implementation of English-only instruction. The law did not officially ban bilingual programs, but eliminated the references to bilingual education found in the earlier version of the federal education law, suggesting a lack of support for the option.

Educators and policymakers have begun to realize that this restrictive approach doesn’t work. The latest version of the federal elementary and secondary education act, the Every Student Succeeds Act, signed into law in 2015, acknowledges the needs of students with limited English skills and holds states accountable for reporting on and improving their language proficiency.

Likewise, states like California in recent years have realized antiquated laws are not in line with the realities of how to best serve ELL populations. In 2016, California finally repealed bilingual education restrictions, so the school system could decide how to best teach ELL students. Additionally, the expansion of dual-immersion programs continues to grow in states like Texas, North Carolina, and Utah.

The measures instituted in more recent years provide more flexibility, but in many cases, they are still insufficient incremental steps.

A second essential element for English language learners is a diverse teaching force, one with more educators who speak their native language or receive specific training in second language acquisition.

Today about 80 percent of all teachers are White and the vast majority are not fluent in the languages of the immigrant students in their classrooms. When ELL students enter classrooms with teachers who do not speak their language or know how to help them learn English, it is clear we are not meeting students where they are academically.

We know teacher diversity matters and we need a teaching force reflective of the backgrounds of our students. Research shows educators of color are better able to engage students of color, increasing high school completion and college attendance rates. Latino teachers are particularly critical considering the growing Latino student population and thousands of children who immigrated to this country. This diversity should also extend beyond the classroom to the ranks of administrators, school board members, and nonprofit and foundation board members.

The United States’ history of bias toward immigrant communities and ELL students created a system which continues to perpetuate larger achievement gaps unless we address the crisis facing our ELL community. With more immigrants coming to our country, we will undoubtedly see thousands more children in need of a quality bilingual education. The separation of children will only exacerbate challenges because of the need to incorporate trauma informed practices. As education and policy leaders, we cannot continue turning our backs on children from one of our most marginalized communities.

The stakes are high for our schools and our students. We have a responsibility to learn from our failures. We also have a duty to avoid romanticizing the “pick yourself up by the bootstrap” stories that the immigrants of yesteryear have passed down to generations and yet not afford our newest immigrants the opportunity to create their own success stories through an equitable education that includes improved support for those learning English.

Amanda Fernandez, a FutureEd senior fellow, is CEO and co-founder of Latinos for Education. The organization is mobilizing a network of skilled Latino education leaders, to ensure the voice of Latino students and families is not only heard but also factored into decision-making in schools, communities and education institutions throughout the U.S.