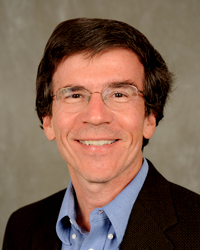 No one disputes the need for critical thinking in the classroom. Many school districts mention it explicitly in their strategic plans. Others embrace it implicitly by offering AP or IB courses or by implementing the Common Core or Deeper Learning strategies.

Journalists have caught on and included critical thinking in articles about educational practices, trends, and reforms. Over the past 15 years, newspaper stories referencing critical thinking have increased sharply, by 650 percent. That’s a higher increase than for such hot topics as partisanship, rap music, or yoga!

Despite this broad consensus, it’s not always clear what we mean when we say critical thinking. In fact, several myths obscure our understanding of this important skill and its potential to improve educational outcomes.

Abraham Lincoln’s Second Inaugural Address (“with malice toward none, with charity toward all”) was a splendid example of critical thinking, even though it was remarkably free of criticism. Lincoln’s empathy for both sides in the Civil War confirmed his ability to look at things from an adversary’s point of view. His rigorous logic confirmed a Euclidean commitment to evidence as the core of a good argument. In contrast, tweets lambasting political enemies qualify as criticism but not critical thinking. Without evidence, criticism is disconnected from truth-seeking.

Critical thinking is an academic exercise with little practical use.
Numerous studies show that most employers deeply value critical thinking and regard it as one of the essential skills most lacking in recent high school graduates or even college graduates. To employers, critical thinking involves the capacity to solve problems, including complex ones, and the capacity to adapt to new situations quickly and intelligently. If teachers make connections in the classroom between academic subjects and the world of work, this can significantly improve students’ prospects to succeed at work.

Many studies also confirm the value of extra-curricular activities, which can enhance students’ hard and soft skills simultaneously. Sonia Sotomayor recalls that her high school debating club provided invaluable critical thinking skills: “Forensics Club was good training for a lawyer in ways that I barely understood at the time … You not only had to see both sides; you had to prepare as if you were arguing both in order to anticipate your opponent’s moves.” Athletics also provides opportunities for critical thinking. It was hockey star Wayne Gretzky who explained his extraordinary success by saying: “I skate to where the puck is going to be, not where it has been.” That is a splendid example of critical thinking!

Critical thinking instruction is premature for younger children.
Wise teachers understand the need for developmentally appropriate instruction. A well-designed curriculum recognizes that children must learn their A, B, Cs before they can learn their X, Y, Zs. But a common misconception is that only older children and adults are capable of the sophisticated reasoning that critical thinking requires. I attended a 7th grade class in Arlington, Va., where students deftly applied different thinking strategies to the question of whether an app censoring language in assigned texts is a good idea. I attended a 1st grade class in Pittsburgh where students analyzed a piece by the graffiti artist Banksy with shrewd insights and profound observations worthy of a professional art critic. We should not underestimate younger children.

Even preschoolers can think critically. Give a group of 4-year-olds a wooden ramp and a rubber ball and ask them how to get the ball to descend more quickly. Within minutes, some of them will have figured out a connection between velocity and slope! As thinkers, young children have certain advantages over older children and even adults, because they approach topics from a fresh perspective, unencumbered by preconceptions, algorithms, and pigeonholes. Critical thinking instruction should begin early, not late.

Critical thinking skills are beyond the reach of low-income children.
Disadvantaged children do need help with the fundamentals, including reading and math, often because they don’t have as many learning opportunities outside of school. But they also need a chance to flex their critical thinking muscles. Unfortunately, low-income children have less access to open classrooms, Socratic seminars, and other “constructivist” pedagogies that help to build critical thinking skills. Studies show that low-income students, like their middle-class peers, benefit from such experiences. Low-income students need access to STEM curricula that generate enthusiasm for science and the scientific method. That includes robotics clubs, coding clubs, the Odyssey of the Mind, and other extra-curricular activities that stimulate critical thinking. A society that denies its least advantaged children the opportunity to acquire vital 21st century skills is destined to remain a divided society, with huge gaps between the haves and the have-nots.

William T. Gormley, Jr. is a professor at Georgetown University's McCourt School of Public Policy, where he co-directs the Center for Research on Children in the U.S. . He is author of The Critical Advantage: Developing Critical Thinking Skills in School, recently released by Harvard Education Press.