As Vermont Sen. Bernie Sanders emerges as one of two leading candidates in the Democratic presidential field, we thought it would be helpful to profile his education advisor. Heather Gautney is a sociology professor at Fordham University, Lincoln Center, who has written several books on social movements—including Sanders’ insurgent 2016 candidacy. She has little background in education policy or research, but has worked with Sanders in various capacities over the years, both in campaign mode and in his Senate office.

Like Sanders, Gautney consistently opposes charter schools and high-stakes standardized testing while embracing teachers unions. She generated a stir in conservative media in June 2019 when she tweeted that she still owed $180,000 in student debt. “We MUST #CancelStudentDebt. Wall St got bailed out, what about us?!” she wrote in the now-deleted tweet. 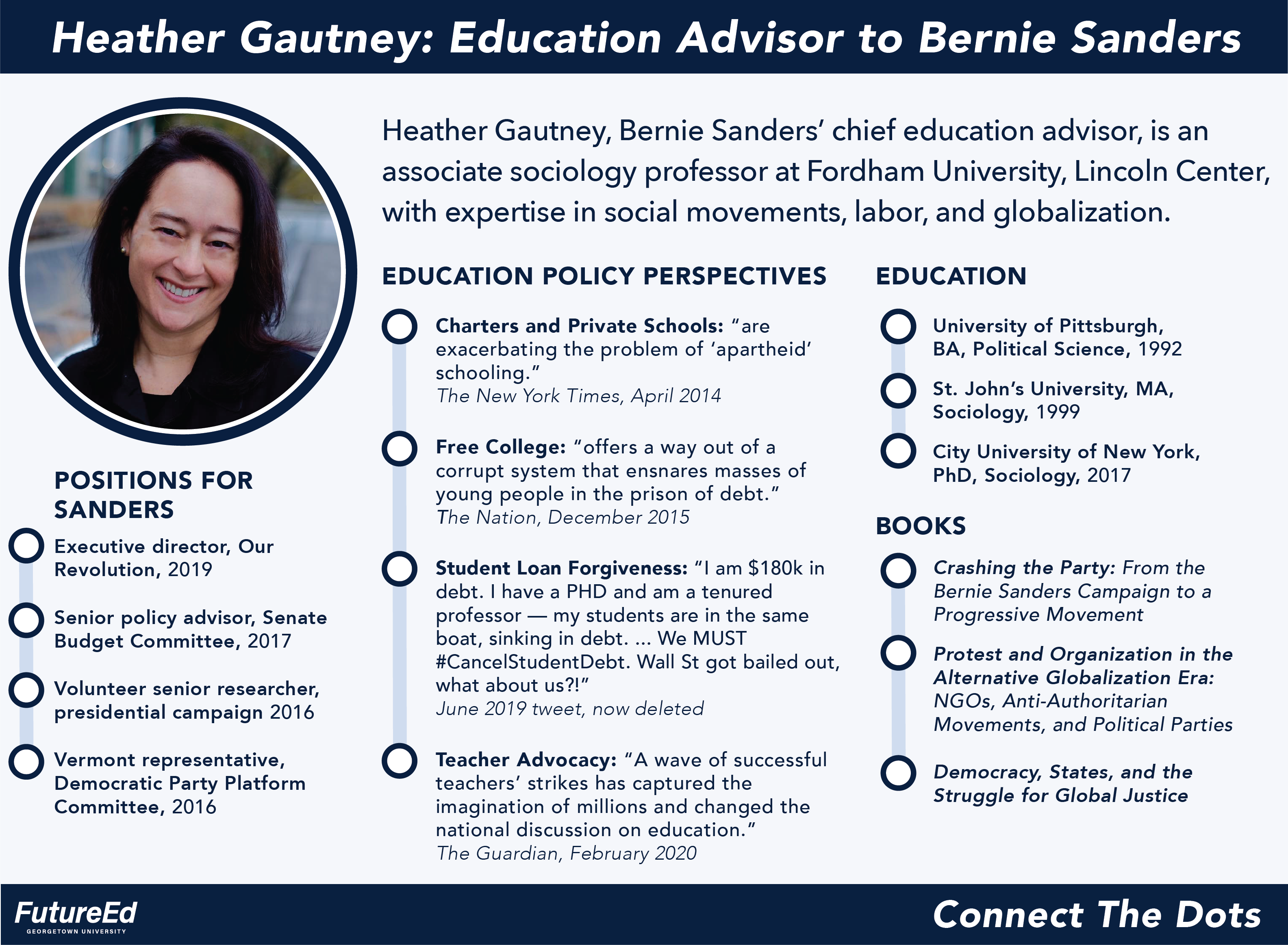