What's Next for the Common Core and Its Assessments? 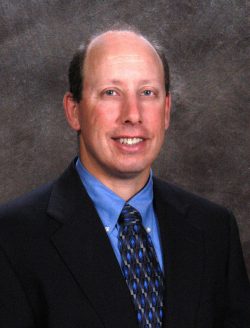 Millions of dollars and thousands of development hours have been spent creating a common set of standards and standardized tests that every state can use. But state after state is declining to use them. So what should we do with the Common Core State Standards and two related assessments?

Answering that question requires an understanding of what went right with the standardization effort – and what went wrong.

My organization was asked to advise states on how to develop assessments tied to the Common Core. So I dug deep into the common standards as well as the two new tests: Partnership for the Assessment of College and Career Readiness (PARCC) and the Smarter Balanced Assessment.

I came away impressed by what I found. The Common Core provides a sound set of standards, painstakingly developed by educators and researchers, which bring more rigor and coherence to what schools are teaching. PARCC and Smarter Balance move us away from bubble tests and advance both the way we design tests and how we score them. My past blog posts on the standards and the assessments offer more details.

If the Common Core, PARCC, and Smarter Balance are such advances, why have the consortia that developed them lost so many members?

Part of it is timing. The educational movement to adopt nationwide standards and tests collided with a political movement rejecting anything that seemed to come from Washington.

Just as the Affordable Care Act got caught up in the Tea Party’s anti-Washington rhetoric, the Common Core came to be viewed wrongly as a national curriculum imposed by the federal government.

Many states passed laws to eliminate the Common Core only to create “revised” standards that look a lot like those in the Common Core. That’s because when people actually examined them closely, they found that there was a lot they want to keep.

Other states found it easier to go after the assessments than trying to unravel and redo the standards. PARCC suffered significant losses early because many of its original members were from “red states” where the opposition to the Common Core was the strongest.

It is unfair, however, to blame the challenges on politics alone.

The Race to the Top program and federal waivers required states to implement test-based teacher evaluation policies in the same year that the new assessments were to go live. This was the proverbial straw that broke the camel’s back, fueling considerable opposition, with teachers’ unions leading the charge this time.

In fact, much of the opposition on both the right and the left conflated the content standards, the assessments, and the educator evaluation policies that states were implementing. Generally, this was not intentional, but it did not matter because the damage had been done.

Some of the pushback on the new testing had to do with the technology requirements and burdens faced by schools. While the assessment consortia were pushing to be “next generation,” many schools were still operating with last generation’s capability. This led to schools having to restrict technology use during assessment so that bandwidth was reserved for testing purposes only.

This meant that many schools limited instructional uses of technology for up to six weeks, which led to many complaints about testing interfering with teaching and learning. There is little doubt that this helped fuel the “over-testing” complaints, which, in part, led to President Obama’s Testing Action Plan that called for reducing standardized testing in the nation's schools.

At least as important as bandwidth was the concern that students were being asked to use certain types of technological tools (e.g., using the computer to draw lines and curves on graphs) that they had not experienced previously. In many schools, students rarely have access to technology as part of instruction, at least not in the ways called for by PARCC and Smarter Balanced.

Finally, consortium leaders and the Common Core authorizing bodies—The National Governors Association and the Council of Chief State School Officers—were caught flat-footed by the scope and ferocity of the opposition.

I was in the middle of this, and I’ll admit to the same near-sightedness. I soon learned that we did not communicate the value clearly enough to the broad range of stakeholders. To be fair, it was going to be difficult to sway those who saw this as a massive federal overreach, but there were many others who might have supported the assessments if they understood what an improvement they were over what came before.

The good news is that many of the standards and assessment advances are here to stay. As I said, many states have adopted content standards similar to the Common Core. For these changes to really take hold, we need curricular materials that truly embody the Common Core expectations. We’re seeing some progress here, but much more needs to be done.

Additionally, even states that have left the consortia have developed slightly better tests than they had previously. Now, PARCC has indicated a desire to license high-quality content to interested states and even districts looking to develop their own assessments. Having PARCC’s high-quality items populate other state tests could help lift the quality of those assessments and could help the consortium survive to continue developing the important assessment advances that we have seen over the past six years.

What we need is somebody to take ownership of the Common Core standards.  Most state content standards are on a five- to seven-year review and revision schedule. Since the Common Core standards are approaching their seventh birthday, it is clearly time for a review. The problem is that neither of the licensing organizations seem willing to take on this responsibility. States have already and will continue to take this review upon themselves, which, of course, will lead to less common standards over time.

We also need more of a push to develop other aspects of the assessment system to support instruction and learning. To be fair, both Smarter Balanced and PARCC have tried to build out interim and diagnostic assessments, but they have not been widely used. Many district leaders are content with, or at least used to, the interim assessments that they have been using for years, in spite of concerns about their quality. There needs to be a more concerted effort among consortium and state assessment leaders to establish the need for high-quality and instructionally relevant parts of the assessment system.

American education orthodoxy often swings like a pendulum, supporting an initiative only to reject it a decade later. But as our students lag behind those in other nations, we can’t afford to waste the time and effort that went into developing the Common Core and these innovative assessments, especially when they represent such a clear step forward.

Scott F. Marion is president of the National Center for the Improvement of Educational Assessment.