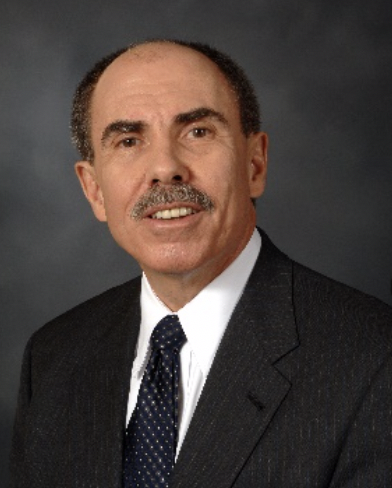 Democrats ranked education as their No. 2 priority, behind health care, in a recent Pew Research Center survey. Among all voters, 72 percent said they wanted to see increased federal spending on education, compared to 53 percent who wanted increase health care spending, according to another Pew poll. Yet many of the topics animating education policy discussions today—from school choice to standardized testing and social-emotional learning–were never mentioned in the Democratic presidential candidate debates this week.

FutureEd compiled bingo cards as a fun way to get a read on how education played in the responses of the Democratic candidates. We populated the “Beginners Card” with many education topics in the news today, including “Teacher Pay,” “College Affordability,” “CTE,” and “School Shootings.” We also included “Grizzly Bears,” “Charter Schools,” and “Betsy DeVos.” We created an “Advanced Edition” for real policy wonks, cards that included “Title I,” DARPA-Ed, and “IDEA/SPED.”

While the results on bingo cards are hardly a dispositive academic analysis of education policy and presidential candidates, they do shed some light on the issue’s place in today’s policy landscape.

The opening statements on both nights suggested that education might get some traction. Tuesday night, the first speaker was Montana Gov. Steve Bullock, who lamented that many teachers are forced to work two jobs to make ends meet. The next night, New York City mayor Bill de Blasio led off the debate by touting his introduction of universal “Pre-K” in New York City,  and Colorado Sen. Michael Bennet, a former Denver school superintendent, stressed the importance of quality education several times in his opening remarks.

But then it became tough to fill even the Beginners Card. By the end of Tuesday’s debate, the 10 contenders had filled one bingo combination on four beginner and four advanced cards—and that required using the free space: “Teacher Pay,” “DREAMers,” “Free College,” and “School Resources.”

Yes, there were references to some Democratic stump speech staples like “College Affordability” and “Free College.” Several candidates joined de Blasio in endorsing universal “Pre-K.” And the candidates stayed away from “Common Core,” “Standards,” “Standardized Tests,” and “School Choice,” policies at the center of the school reform agenda during the Clinton/Bush/Obama eras that have been attacked in recent years by teacher unions and progressive Democrats, key constituents for left-leaning candidates.

Yet while there was a passing reference to the current “Secretary of Education,” no one called out “Betsy DeVos” by name, which was surprising, given her unpopularity among many Democratic voters and the fact that the debate was held in her home state of Michigan. “Grizzly Bears” offered an easy way of attacking the Trump education agenda, but no one on the stage of Detroit’s Fox Theatre used the trope against the administration’s unpopular top educator.

Similarly, “Charter Schools,” a leading teacher union target and a component of the Trump administration’s passionate commitment to school choice, did not get a nod, despite criticism from several candidates in previous debates and speeches, who have equated charter schools with attempts to “Privatize” public education. A debate held in Michigan—a state that is often criticized by charter opponents for its loose regulation and one with a heavily unionized work force—seemed to invite a critique. One explanation may be that candidates who attack charter schools risk alienating African-American voters, many of whom support charters as a public alternative to underperforming neighborhood schools.

Certainly a debate format that gave candidates only a minute to answer questions didn’t encourage thoughtful issue discussions, perhaps explaining why “ESSA,” “STEM,” and “CTE,” “School Quality” weren’t mentioned, though Bernie Sanders did say that he would triple funding for “Title I” of the federal Every Student Succeeds Act, a move no doubt designed to curry favor with teacher unions, influential players in the Democratic primary process. More generally, candidates sidestepped K-12 issues in favor of references to pre-K and higher education, with the exception of a passionate appeal for school reform by Bennet.

While the CNN moderators didn’t ask a question about K-12 education, “DREAMers” came up in a discussion of immigration, “Dropouts” in response to a criminal justice question. There were other ways to bring the topic into the conversation if candidates had been more creative. While beating each other up on health care, none of them mentioned the well-established relationship between disadvantaged students’ access to Medicaid and their educational attainment. While every candidate talked about the need for good jobs, there were few references during the debate to “21stCentury Skills” or “Worker retraining.” And with students of color comprising half the public school population nationally, school quality is a central civil rights issue.

I’m surprised that no candidate has made education their dominant issue. Gov. Inslee is relentless on climate change, Andrew Yang on universal basic income, Sanders and others on Medicare for all. If you are not in the top tier of candidates, then one strategy is picking an issue that resonates with voters and gains you more recognition. Education could seemingly be such as issue, especially when linked to other top issues like jobs and social justice.

If school improvement advocates want to hear more about education, they need to be communicating education’s importance to the candidates and the organizers of the next debates in September and beyond. The candidates focused their answers in Detroit on concerns they heard in the months leading up to this week’s debates.