The Case for Expanding Pell Grants to Short-Term Jobs Programs 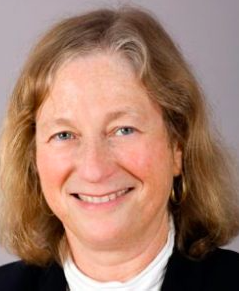 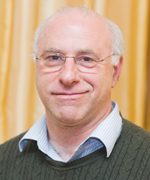 Even as vaccines stop the spread of COVID-19, the pandemic will leave many low-wage workers unemployed and with little prospect of finding long-term economic security without additional training. Adults of all ages will be seeking postsecondary programs they can access without too much investment of time or academic preparation, such as short-term certificates at community colleges.

But current restrictions on the use of federal Pell grants for short-term programs could put some of these programs out of reach for many low-wage workers. Only programs of at least 600 hours over 15 weeks qualify for federal student aid designed to help low-income students pay for college.

Even before the current crisis, members of Congress from both sides of the aisle and advocates for adult learners had proposed that the threshold be lowered to 150 hours. Some observers are concerned about opening the door to programs that won’t actually help students get good jobs and harming current aid recipients by spreading limited federal grant dollars too thinly.

Our recent research indicates that such concerns are exaggerated, that the current line between Pell-eligible and ineligible programs is arbitrary. On average, certificate programs increase earnings by about 10 percent above the earnings of similar adults with high school diplomas but no postsecondary experience and by about 20 percent above those with high school equivalency diplomas. That’s a sufficient return on investment.

It’s true that there is a lot of variation in the outcomes of short-term programs. Students who train in technical fields tend to do quite well, while certificates in culinary arts, cosmetology, and general education rarely pay off. Certificates add more to men’s earnings than to women’s, and credentials from for-profit institutions don’t appear to add the same value as those from public colleges.

Likewise, the many noncredit programs that don’t count toward other academic credentials don’t produce as much of a return, on average, as those offered for credit.

But no reliable evidence supports the idea of providing Pell grants to students in 600-hour programs but not to those in 500- or 400-hour programs. Students in some programs requiring just 300 hours are barred from the Pell programs but are eligible for federal loans. But there’s no evidence to suggest that the eligibility threshold should be lower for loans than for grants.

While expanding Pell grants to cover more certificate programs could open the door to meaningful opportunities for many workers facing limited options, some Pell grants, like federal student loans, are already going to students in programs that do not serve most of their students well. Students need personalized guidance to help them choose programs appropriate for them. And there needs to be stronger accountability for institutions participating in federal student aid programs—whether Pell eligibility expands or not.