How to Salvage Federal Funding for Child Care, Early Education 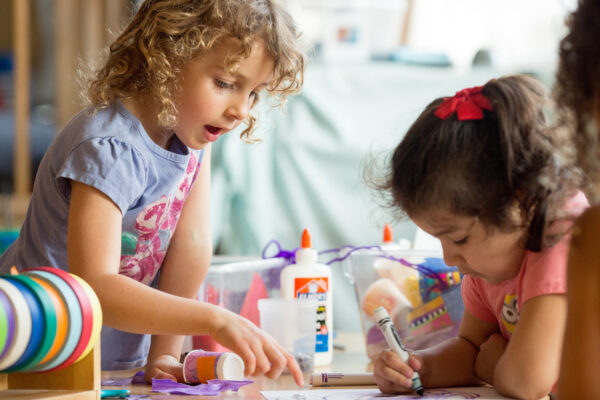 An earlier version of the bill, Build Back Better, included a sweeping, $380 billion plan to lower child care costs and offer a universal pre-K program to all 3- and 4-year-olds. At the time, the Biden administration called it, “The most transformative investment in children and caregiving in generations.”

The funding would have addressed the high costs and low salaries endemic to the American early child care system, as well as the shortage of program spots created by the growing scarcity of early educators and the closing of thousands of programs during the pandemic.

Then, just before Christmas, Senator Joe Manchin (D-West Virginia) declared Build Back Better too costly. The deal he agreed to months later had a new name—and no money for early childhood education and child care, including for families in his own state. Only 56 percent of West Virginia’s 4-year-olds were enrolled in early education programs in 2021, down from 68 percent the year before, according to the National Institute for Early Education Research estimates that in 2021,

For families the loss is heavy indeed. The House Committee on Education and Labor  estimates that a family of four with one infant and one child in center-based care would have saved thousands of dollars a year under Build Back Better: from $12,370 in South Dakota to $27,680 in California to $40,000 in Washington, D.C.

States also lose out. Many state agencies are currently using federal Covid-relief funds to stabilize their child care sectors. But the Bipartisan Policy Center predicts states will face a $48 billion funding cliff in 2024 when Covid-relief funds run out.

In the meantime, states are finding creative ways to use Covid-relief money to support early-childhood education, according to a recent policy update from the National Association of State Boards of Education.

North Carolina, for instance, is allowing child care providers to apply for stabilization grants that can be used to create a salary scale or to pay for health insurance, scholarships, or paid sick leave. Louisiana’s state Department of Education has invested $1 million in free teletherapy sessions with mental health providers for its education staff, including early education workers. In addition, at least a dozen states now include early childhood education in their strategic plans for education.

At the federal level, early childhood proposals far less ambitious than Build Back Better are still pressing forward. “We need to do something in this country to lower child-care costs and increase its availability,” Senate Majority Leader Chuck Schumer acknowledged earlier this month, pledging to keep working on the issue.

One proposal comes from Senators Mitt Romney (R-Utah), Richard Burr (R-North Carolina), and Steve Daines (R-Montana), whose Family Security Act 2.0 would, among other benefits, provide parents with $350 a month for each young child and $250 a month for each school-age child.

The Murray/Kaine plan also has a provision that would enable a state-level pilot program limiting the child care expenses of low- and middle-income families to no more than 7 percent of their income for children under age 6. According to a letter sent to Senator Schumer and House Speaker Nancy Pelosi (D-Calif) by 127 House Democrats, “This pilot will incentivize innovation and reform that is desperately needed in the field.” Piloting programs that successfully limit child care costs based on household income could be a vital step toward creating policies that eventually cover all families across the country.

Frustration with federal inaction remains in the early childhood sector, and so does understandable skepticism about the future. But if states and their early education providers continue to build exemplary programs—using state and federal Covid funds—they may generate enough political willpower to finally inspire Congress to make the sweeping investments families and providers badly need.