Master's of None: The Fallacy of Advanced Ed Degrees 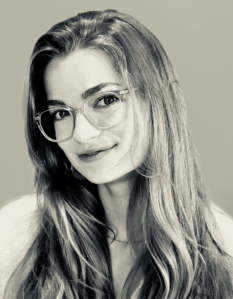 David Firestone, a special ed teacher in New York City, is in his final semester of a master’s program at the Hunter College School of Education. Yet he still feels like he hasn’t learned one of the core skills of teaching.

“No one has ever bothered to teach us how to write a real lesson plan,” he told me in November. “They just care that we know how to write edTPA lesson plans.” He was referring to the test you’re required to pass in New York State to become certified as a teacher. A real-world lesson plan is usually half a page, maybe a little more. What the program has instead drilled into him is how to write the kind of document he will submit to get his teaching license: a super-detailed, eight-page plan, essentially a script of everything he’d say in a class.

As a full-time teacher of visually impaired students and a graduate student on the side, Firestone has a finely calibrated sense of time—how to divvy it up, maximize it, save it. He leaves his house in central Brooklyn at seven to get to school in south Brooklyn by eight, teaches a full day of classes, and finishes just before three. Then he spends an hour and 20 minutes trekking to the Upper East Side of Manhattan to take grad school classes, which can run until 9:40 p.m. He often doesn’t get home until after 11. That doesn’t leave a lot of time for eight-page lesson plans. Frequently he writes his on the subway. It’s a schedule that he described alternately as “brutal” and “God awful.”

So why do it? Because he has to. Right now, one of the most common ways that school districts attempt to increase teacher quality is through master’s degrees. Some states, like New York, Maryland, and Connecticut, require that teachers get master’s degrees in order to keep teaching. Far more states encourage teachers to get them by tying them to pay raises.

It make sense for states and school districts to look for ways to improve teacher quality. There are many factors schools can’t control, such as family income, parents’ level of education, and so on. But out of the factors they can influence, like class size or access to technology, one has a far greater impact on student achievement than all the rest: teacher quality. Research shows that having a great teacher rather than an average one makes as much as a half year’s difference in learning growth.

The problem is that education master’s programs generally don’t produce better teachers. While programs vary greatly, and some stand above the rest, the teachers I interviewed told me that they had spent too much time on theory and not enough on practical teaching skills; professors were too far removed from the classroom and using out-of- date pedagogy; and many programs simply weren’t rigorous. Decades of research back up their critiques.

“When you talk to someone who is not in the weeds of ed research, they would be shocked that more education wouldn’t make a teacher more productive,” said Dan Goldhaber, who directs the Center for Education Data and Research at the University of Washington. But that’s what the data shows. Students whose teachers have a master’s degree don’t perform better on standardized tests—an incomplete but meaningful metric—than students whose teachers have just a bachelor’s degree.

Some teachers get a master’s because they want to. But many do it because their district requires them to, or because they aren’t being paid much and it’s a way to get a raise. Some teachers bluntly told me their degrees were a waste of time—a surprising admission given the strong human impulse to attribute value to whatever you’ve already spent a lot of money on.

In districts across the country, teachers aren’t paid enough. To attract talented, devoted people to the profession—and so that teachers don’t need second and third jobs—we need to pay them more. What doesn’t make sense is tying increased teacher pay to cumbersome, expensive degree programs that don’t actually improve teacher quality. And it’s clear that there’s a better way.