Isn't School for Math and Science and Reading? 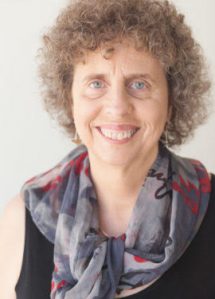 One question haunts George Packer’s Atlantic 10,000-word essay that has roiled the education world, and it has nothing to do with wokeness or identity politics or integration, or diversity or most of what he talks about in “When the Culture War Comes for the Kids.”

It is the question his son asks, rather plaintively: "Isn't school for math and science and reading?"

I wish Packer had written about that. Instead he describes teachers’ rather clumsy if well-meaning attempts to confront racism in order to make a confused argument positing a conflict between meritocracy and democracy.

Meritocracy and democracy—and integration and diversity—can co-exist just fine when schools do their job.

But here’s the thing. Although some schools and school districts in this country adopt clear, defined curricula, many leave teachers on their own to spend endless hours developing lessons and figuring out activities for kids to do. Inevitably some of what they develop or pull from Pinterest will be stupid–in Packer’s kid’s case, diorama projects and “privilege cards” instead of the “math and science and reading” that Packer’s kid longs for. (And I bet he and his friends would like history and geography, too.)

By allowing schools to squander children’s time in this way, many schools do not do what Packer rightly notes public schools were founded to do—that is, flatten class distinctions. Instead they heighten and exacerbate them.

The mechanism for this is simple. Kids will learn what they are taught. But when they’re not taught about weather systems, states of matter, human migration, folk tales, poetry, the Declaration of Independence, the three branches of government, the history of the American Revolution and the Civil War, the geographic features of their city, state, country, and world—and all the many other things that kids need to learn in a systematic, coherent way, they have to rely on what they learn in their families.

Packer seems to think that because New York and other places adopted Common Core Standards that means there is some kind of coherent curriculum—he even calls Common Core a curriculum. But the Common Core Standards just give an outline for what kids should learn—they don’t specify what kids learn. Here’s a typical standard: “Describe characters in a story (e.g., their traits, motivations, or feelings) and explain how their actions contribute to the sequence of events.” A curriculum specifies what stories children read in what sequence.

Wealthy and educationally connected families tend to notice the holes in their children’s educations and—with all the class anxiety Packer describes so well—hire tutors, travel, go to museums, move to new school districts, and enroll their children in private schools. In other words, they do whatever they need to secure the status of the next generation.

Most low-income parents don’t have those options. Which means that when schools don’t teach kids what they need to know in a systematic way that carefully builds knowledge, the longer kids are there the starker the class lines become. (For more on this topic, see Natalie Wexler’s new book, The Knowledge Gap.)

This is even truer because far too few schools even ensure kids learn to read or write.Learning to read is a complicated business, requiring teachers who understand the science and art of reading instruction. Far too many teachers do not.(For more about this topic, listen to Emily Hanford’s podcasts, Hard Words and At a Loss for Words.)

Packer is a political and cultural writer, so he connects his son’s experience in a single, rather idiosyncratic, Brooklyn school to “the culture wars,” much to the delight of folks like Charles Murray.

But if Packer had explored the question his son asked him, he might have been able to make better sense of his son’s confusing experience in a way that helped inform the public to demand that their schools provide what Packer’s son so longs for.

And if his teachers really understood white supremacy, they would know that the best antidote is the serious study of science and history, not shallow and shaming privilege cards.

Karin Chenoweth is writer-in-residence at The Education Trust and creator of the ExtraOrdinary Districts podcast which will release a new season in November.