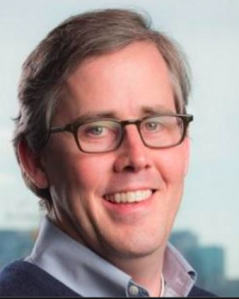 FutureEd’s recent report on Teacher Mindsets illustrates how adult attitudes, beliefs and behaviors are critical drivers of student outcomes in our K-12 education system. The report detailed how teacher beliefs and actions can signal expectations and motivate students to persist in the face of challenges.

Not surprisingly, the same holds true in higher education. Recent research confirms that the attitudes and beliefs of college instructors have an influence on student achievement, especially for African-American, Latinx and Native American students.

In a longitudinal, university-wide study that included 150 professors in the fields of science, technology, engineering and math (STEM) and more than 15,000 students, researchers found racial achievement gaps were twice as large in courses taught by faculty who believed that intellectual ability is fixed, when compared to those taught by faculty who believed that student ability could grow with effort.

The researchers—Elizabeth A. Canning, Katherine Muenks, Dorianne J. Green, and Mary C. Murphy—theorize that “subtle situational cues from STEM professors” are effectively conveying racial stereotypes about the ability of certain minority groups to succeed in these fields of study. Situational cues can include suggesting a test is a measure of intellectual ability, a signal that can lead students of color to believe that they are being judged by stereotypes. This “stereotype threat,” a term coined by scholar Claude Steele, has been shown to decrease motivation and lower academic achievement.

The study focuses on a specific situational cue—whether professors believe intellectual ability is fixed or malleable—as a basis for examining student motivation and academic achievement. Professors with a “fixed mindset,” according to the researchers, are more likely to judge students on a single poor test performance and embrace rigid notions of who belongs in difficult STEM classes.

In addition to finding that racial achievement gaps for “fixed mindset” professors were twice as large as those of more growth-oriented faculty, the study revealed that students taught by “fixed mindset” professors suffered diminished motivation and had more negative experiences in class. Moreover, a faculty member’s beliefs about the fixedness or malleability of intelligence predicted student achievement and motivation above and beyond other faculty characteristics, such as gender, race or ethnicity, age, teaching experience, or tenure status.

It’s clear from the study that the mindset beliefs of STEM professors influence the motivation and achievement of their students, especially for African-American, Latinx and Native American students. These beliefs could also shape how faculty members design their courses and communicate with students.

Given a rapidly diversifying student population and an increased emphasis on racial diversity in STEM fields, the stakes are high. According to the National Center for Science and Engineering Statistics, over a third of students of color start college with an interest in STEM fields, yet only 16 percent earn bachelor's degrees in these disciplines. Overall, underrepresented minorities receive barely a fifth of science and engineering bachelor's degrees and less than one tenth of doctorates awarded.

David Laude, a University of Texas at Austin chemistry professor who helped design and advance the university’s Student Success Initiatives, discovered that he had to change his own attitudes and beliefs when he was tasked with increasing the number of students graduating. Laude had become accustomed to failing roughly 20 percent of students in introductory classes. In the face of the new university's new graduation goals, that shifted to, “It’s my job to make it possible for every single one of [them] to earn an A.” With an emphasis on "earn."