How Federal Covid Aid Can Support Students and Schools 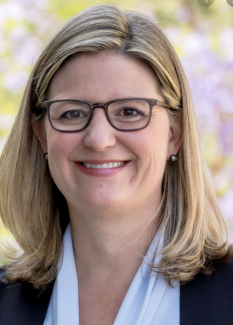 Covid-19 has upended, along with everything else, the balance sheets of the nation’s elementary and secondary schools. As soon as school buildings closed, districts faced new costs associated with distance learning, ranging from physically distributing instructional packets and up to three meals a day, to supplying instructional programming for television and distributing Chromebooks and internet hot-spots.

New demands on limited school funds—such as summer school and other extended learning opportunities, diagnostic student assessments, and teacher training—are emerging as schools, whether in person or virtually, try to make up for lost learning time and address the socio-emotional needs of their students.

Given the major budget shortfalls state and local governments now face, schools will need a large infusion of federal funds if they are to address students’ growing needs and to aid in national economic recovery efforts. The discussion among policymakers, advocates, and analysts about what new educational strategies schools should adopt are well underway, but discussions of how the federal government should structure new funding for schools has been less specific.

What options does the federal government have for getting money where it is most needed? Congress will likely combine stabilization aid, as in the American Reinvestment and Recovery Act (ARRA) during the Great Recession, with expansions of existing federal funding streams through the major education laws, the Every Student Succeeds Act (ESSA) and the Individuals with Disabilities Education Act (IDEA), as well as the FCC’s E-Rate Program, which subsidizes internet access for schools and libraries. The details of the design will make a big difference for both how federal funding is distributed, and how schools can spend it. In this series, we will outline and explore the trade-offs Congress must weigh in choosing how to best support students during the coronavirus crisis and support the economic recovery.

In the United States, paying for elementary and secondary education is largely the purview of state and local governments, with the federal government contributing less than 10% of total funding nationally. School districts rely heavily on revenue from their states, which in turn raise much of their revenue from sources—such as sales taxes—that will be hard hit by the recession. Many state and local governments have balanced budget requirements or face high borrowing costs, while the federal government can borrow freely.

All this means that schools need an infusion of federal funds to prevent meaningful cuts to their budgets, which have barely recovered from the hit of the Great Recession in many states (Figure 1). In recent years, we saw four-day school weeks, falling real salaries, teacher shortages in some fields and geographic areas, and teacher strikes. The Center on Budget and Policy Priorities recently projected overall state budget shortfalls of $350 billion for 2021 due to the Covid-19 crisis, significantly larger than shortfalls at the height of the Great Recession. State revenue accounts for almost half of school budgets on average, and districts that rely more heavily on state funding, whether because their states play more active roles, or because they have lower local revenue, will feel these effects more strongly. Already, the Council of the Great City Schools reports that several large districts are projecting revenue shortfalls of 15%-25% for next year.

Although the question of how tight the link is between school spending and student learning—and how best to spend limited funds—remains an active area of debate, research supports the common-sense notion that the level of funding affects outcomes, especially for our most vulnerable students. But existing research is based on changes in school spending observed in the past, which are typically smaller than the cuts we are likely to see in the coming years absent federal intervention, so we might expect this round of cuts to be even more harmful than existing research suggests. What’s more, the shift to distance learning and the likely need to change how schools operate when they do reopen have created new demands on school systems at the same time that the economic fallout is impacting their budgets.

The federal government must play an unprecedented role in supporting schools—now, and for as long as the recession continues. Luckily, the federal government can borrow at historically low interest rates to finance these investments in the nation’s children. An infusion of federal funds would promote two key goals: It would protect children from the harmful effects of deep cuts, and promote economic recovery. Congress should design the next relief package, and more to follow, with these two goals in mind.

The Federal Response So Far: The Cares Act

In the CARES Act, Congress took a first step to help schools address immediate needs as they transition to distance learning. But the CARES funding is not nearly enough: Congress appropriated $13.2 billion through the Elementary and Secondary School Emergency Relief (ESSER) Fund, and $3 billion for the Governor’s Emergency Education Relief (GEER) Fund. By comparison, during the Great Recession, the ARRA of 2009 allocated about $56.5 billion, adjusted for inflation, for elementary and secondary schools through the State Fiscal Stabilization Fund (SFSF) (Figure 2). As Figure 1 shows, even the larger ARRA package only delayed substantial declines in spending for elementary and secondary education for two or three years, and the Covid-19 crisis is expected to hit state revenues even harder.

The bulk of funds for elementary and secondary education in the CARES Act were distributed to states through ESSER in proportion to existing allocations under Title I of ESSA, the largest federal elementary and secondary education program, which directs funds to districts for compensatory education. States are required to distribute at least 90 percent of ESSER funds to school districts, again proportionate to Title I allocations, after retaining up to 10 percent of ESSER funds for state-level uses. Using Title I allocations at the district level in the first major relief package allowed funds to go out quickly without need for new data or involved calculations.

In the next package, Congress should develop solutions that align the distribution of aid with policy goals rather than rely on formulas at the ready in existing law—in Title I or other federal programs—to distribute additional aid. Title I allocations are generally progressive, sending more funds to poorer districts, but modern Title I formulas are the product of decades of political wrangling, so the relationship between child poverty and Title I allocations is not as straightforward as many think.

Both approaches in the CARES Act are in marked contrast to how Congress allocated emergency aid during the Great Recession with the ARRA’s State Fiscal Stabilization Fund. SFSF distributed federal funds to states based on population without regard to poverty or Title I allocations. It then required states to distribute funds to districts through their own state-specific school finance formulas, which makes sense if the goal is to offset state shortfalls.

As lawmakers negotiate the next aid package, the total size of the relief package is naturally a major focus of attention. Advocates for school districts are calling for $175 billion in stabilization funds, with additional funding for Title I and IDEA, bringing the total to $200 billion. But Congress must pay close attention to more than the amount of the appropriation. It must also grapple with: (1) how funding should be allocated, both to states and to school districts within states; and (2) what conditions to attach to these funds—or to waive.

Gordon, a FutureEd research advisor, is an associate professor at Georgetown University McCourt School of Public Policy. Reber is the David M. Rubenstein Fellow in economic studies at the Brookings Institution. The piece was originally published by The Brown Center on Education Policy, housed in the Governance Studies program at  Brookings.