The Education Imperative in a Digitized World 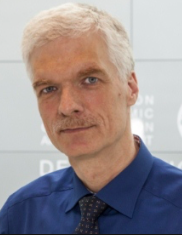 Andreas Schleicher, Director for Education and Skills and Special Advisor on Education Policy to the Secretary-General at the Organisation for Economic Co-operation and Development (OECD) in Paris, recently became a senior fellow at FutureEd. He will be speaking at our September 18 event about his new book, World Class: How to Build a 21st Century School System. This is one of several excerpts we are publishing.

The backdrop to 21st-century education is our endangered environment. Growing populations, resource depletion and climate change compel all of us to think about sustainability and the needs of future generations. At the same time, the interaction between technology and globalization has created new challenges and new opportunities. Digitalization is connecting people, cities, countries and continents in ways that vastly increase our individual and collective potential. But the same forces have also made the world volatile, complex and uncertain.

Digitalization is a democratizing force: We can connect and collaborate with anyone. But digitalization is also concentrating extraordinary power. Google creates more than a million U.S. dollars for every employee—ten times more than the average American company, showing how technology can create scale without mass, leaving people out of the equation.

Digitalization can make the smallest voice heard everywhere. But it can also quash individuality and cultural uniqueness. Digitalization can be incredibly empowering: the most influential companies that were created over the past decade all started out with an idea, and they had the product before they had the financial resources and physical infrastructure for delivering that product. But digitalization can also be disempowering, when people trade their freedom in exchange for convenience and become reliant on the advice and decisions of computers.

While digital technologies and globalization can have disruptive implications for our economic and social structure, those implications are not predetermined. As Tom Bentley notes, it is the nature of our collective responses to these disruptions that determines their outcomes—the continuous interplay between the technological frontier and the cultural, social, institutional and economic contexts and agents that we mobilize in response.

In this environment, the Sustainable Development Goals, set by the global community for 2030, describe a course of action to end poverty, protect the planet and ensure prosperity for all. These goals are a shared vision of humanity that provides the missing piece of the globalization puzzle, the glue that can counter the centrifugal forces in the age of accelerations.

The extent to which those goals will be realized will depend in no small part on what happens in today’s classrooms. It is educators who hold the key to ensuring that the underlying principles of the Sustainable Development Goals become a real social contract with citizens.

While sustainability aims to put the world into balance, resilience looks for ways to cope in a world that is in constant disequilibrium. Strengthening cognitive, emotional and social resilience and adaptability is perhaps the most significant challenge for modern education, as it affects virtually every part of the education system. It starts with the understanding that resilience is not a personality trait, but a process that can be learned and developed. In the 21st century, education can help people, communities and organizations to persist, perhaps even thrive, amid unforeseeable disruptions.

More education is not only related to better social and economic outcomes, but also to improved social and civic participation and to trust. While the roots of the relationship between education, identity and trust are complex, these links matter, because trust is the glue of modern societies.

Without trust in people, governments, public institutions and well-regulated markets, public support for innovative policies is difficult to mobilize, particularly where short-term sacrifices are involved and where long-term benefits are not immediately evident. Less trust can also lead to lower rates of compliance with rules and regulations, and therefore lead to more stringent and bureaucratic regulations. Citizens and businesses may avoid taking risks, delaying decisions regarding investment, innovation and labour mobility that are essential to jump-start growth and social progress.

Ensuring fairness and integrity in policy development and implementation, rendering policy making more inclusive, and building real engagement with citizens all depend upon people having the knowledge, skills and character qualities to participate. Education will be key to reconciling the needs and interests of individuals, communities and nations within an equitable framework based on open borders and a sustainable future.

Economic and social inequality in much of the world keeps growing, inhibiting progress and tearing societies apart.7 Equity in opportunity became a fundamental education goal because in the industrial age, everyone was needed and had a role to play, so school systems were designed to deliver the same education for all students, even if they did not deliver on that goal. As Israeli historian Yuval Noah Harari notes, liberalism succeeded because there was abundant political, economic and military sense in ascribing value to every human being.

But, as he further explains, humans are in danger of losing their economic value, as biological and computer engineering make many forms of human activity redundant and decouple intelligence from consciousness. So time is of the essence if we want to broaden the goal of equity in education opportunities from providing everyone with the literacy and numeracy skills for employment, towards empowering all citizens with the cognitive, social and emotional capabilities and values to contribute to the success of tomorrow’s world.

We need to address the sources of social and economic inequality, and these lie to a significant extent in the ways in which we develop and use people’s talents. Every economic age has its core asset. In the agricultural age that asset was land; in the industrial age it was capital; and in our times, it is the knowledge, skills and character qualities of people.

Excerpted from World Class: How to Build a 21st Century School System, published by the Organisation for Economic Co-operation and Development. Paris, 2018.

View the livestream from our Sept. 18 event.