Are Schools Creating Engaged Citizens? How Would We Know? 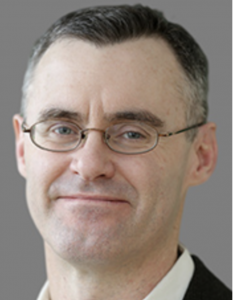 Most of the rigorous research on school performance focuses on reading and math scores simply because they’re more readily (and cheaply) available than other measures.

But schools, of course, aim to do a lot more than just raise reading and math scores. One area, in particular, deserves much more attention from policymakers, educators, and researchers than it has received: preparation for civic life.

The original rationale for public education was civic: A well-functioning democracy required an educated citizenry. In the words of Horace Mann, widely considered the founder of American public education:

“Education must be universal . . . .The qualification of voters is as important as the qualification of governors, and even comes first, in the natural order . . . The theory of our government is—not that all men, however unfit, shall be voters—but that every man, by the power of reason and the sense of duty, shall become fit to be a voter. Education must bring the practice as nearly as possible to the theory.” (1855)

In the terminology of economics, education is a public good, because everyone benefits when children are educated to be effective citizens. We pay taxes to support education even if we don’t have children in school because we need our fellow citizens to be informed voters. (Even a libertarian like Milton Friedman agreed that the public benefit of schooling justifies its public funding.)

To promote preparation for civic life, Horace Mann and his 19th-century compatriots set up the American system of public education on the model of the “common school”: publicly funded, open (at least nominally) to all children in the local community, and operated by democratically elected officials. Common-school supporters assumed that the public purpose of schooling would be served by public operation of the schools.

The nation and the world are enormously more complex and intertwined. Humans have a far greater impact on each other and our shared environment than in the past. Climate change is a great paradigm for this, but it is certainly not the only one. The actions of government, in particular, have greater impact on citizens today than they did in a largely agrarian society with a small government sector.

And, as many commentators have lamented, we are living in an era of division and deception. Too many of us seem unable to distinguish truth from fiction or to participate constructively in civil deliberation and compromise—essential ingredients in well-functioning democracies.

This suggests we ought to be paying more attention to the civic effects of schools on students. Indeed, one of the consequences of long-term underinvestment in education research is that there has been little attention to the assumptions of the common-school model. Do democratic operation in fact make public schools better than private schools (including religious schools) at promoting the knowledge, skills, and attitudes needed for effective citizenship? Does it matter that voter turnout in school-board elections tends to be minimal?

Is the “common school” approach more effective for educating citizens than the pluralistic approach taken in many other democracies, where private and religious schools are part of the publicly funded (and publicly regulated) system? Do charter schools neglect civic purposes because they are independently operated? How do the explicitly civic elements of schooling differ in common schools, charter schools, and private schools?

These are questions that have received far too little empirical attention. But the small number of existing studies suggest that the connection between democratic operation of schools and civic preparation of students may be weaker than the advocates of the common school assumed.

A recent study by researchers from RAND and the University of North Carolina found that charter high schools in North Carolina may be increasing the probability that their students eventually register and vote. At Mathematica, we used randomized admissions lotteries to conduct a “gold standard” experimental analysis of Democracy Prep charter schools, finding large positive impacts on their students’ likelihood of registering and voting in adulthood. And some studies have found that private-school students often demonstrate higher levels of tolerance or higher adult civic participation relative to public-school students.

These studies are only beginning to address critical empirical questions about the civic effects of schooling, raising more questions than they answer. And not all of the key questions about civic impacts are related to whether the school is public, private, or charter. There are also basic questions about howto promote civic outcomes.

What is Democracy Prep, for example, doing that makes students much more likely to register and vote once they become adults? Is active civic participation better encouraged by explicit instruction in civics and history or by hands-on opportunities to engage in civic action, or by student participation in decisions about the operation of the school, or some combination of those approaches? There are plenty of arguments made on these questions, but to date they are informed by precious little empirical evidence.

Unfortunately, the measures we need to assess civic impacts are mostly nonexistent. What are the skills, attitudes, and knowledge needed to be an informed and effective citizen? Reading and math are surely necessary for a full civic life, but they are just as surely not sufficient. What other skills, knowledge, and attitudes are needed, and how can we measure them?

Registering to vote and participating in elections are important long-term indicators, but we shouldn’t have to wait until adulthood to start measuring what works in civic education. A growing number of states have begun to expect students to pass the test that is used in the process for becoming a naturalized U.S. citizen, which provides some evidence of knowledge of basic civic facts—a minimal first step toward preparation for civic life.

Happily, there is an active debate among social studies educators and advocates on the development of richer ways to measure civic preparation. Also happily, the importance of civic preparation is increasingly recognized in public discourse. Hopefully, researchers and their funders will turn more attention to the empirical questions that need to be answered to promote the original public purpose of public education.

Brian Gill, a member of FutureEd’s research advisory board, is a senior fellow at Mathematica Policy Research and director of the Mid-Atlantic Regional Educational Laboratory.