Advancing Higher Ed Equity During the Pandemic—and Beyond 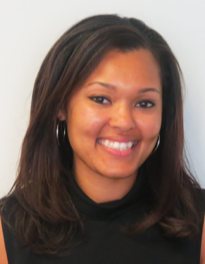 In late 2007, I was at a crossroads. Another automobile plant in Michigan was closing, and this time it was the one where my mother worked. I was set to become the first in my family to attend graduate school. I had a generous financial aid package that covered tuition and included $15,000 in exchange for working at the university. But I wondered if I should instead stay at home and find a full-time job so I could fully support myself and help out my family.

My family and mentors encouraged me to choose graduate school, and I’m grateful they did. I was able to work several jobs while enrolled in school full time, and my mother found part time work as well.

As difficult as that time was for me, the looming economic crisis is likely to be even worse, and felt by more people, than the Great Recession. Millions of students will confront tough choices between enrolling in college for the first time, continuing their college education, or trying to work as much as possible to keep themselves and their families afloat during the crisis.

But the most consequential choice is one that confronts state policy officials: cut public funding for higher education, which will deepen racial and economic divides, or invest in higher education in a way that creates meaningful college pathways for students facing the greatest barriers.

State leaders have an opportunity to respond to the economic crisis with the students who struggle the most in mind—students from low-income backgrounds and students of color, whose communities are being hit hardest by the health and economic challenges of the Covid-19 virus.

While public officials are trying to keep us healthy and pondering how and when to reopen the economy, it’s up to advocates to make the case that higher education equity is a front-burner issue. A look back at the previous recession offers a glimpse into what to expect and how (not) to respond.

In the past recession, states severely cut higher education to balance their shrinking budgets. That disinvestment resulted in increased tuition for students. More specifically, tuition at four-year public institutions increased by over 35 percent nationally, and doubled in some states. And how did students cover that higher price tag to attend college? They borrowed against their future. Total student debt doubled and now exceeds $1.5 trillion.

It goes without saying that these price increases and quality reductions disproportionately harmed students who needed higher education the most. States exacerbated inequity by taking an axe to their higher ed budgets.

And these cuts weren’t just temporary blips in the immediate aftermath of financial crisis. State higher ed budgets didn’t quickly rebound once the economy recovered from the Great Recession. A decade later, even before Covid, funding for students at public colleges hadn’t returned to pre-recession levels.

Students and colleges cannot afford a repeat of the Great Recession. If anything, the 2009 response is a model for what not to do. So what should states do?

This time around, state policymakers have an opportunity to get it right. Governors, state legislators, and higher education agencies can make decisions with equity in mind from the start so that students from low-income backgrounds and students of color, and the colleges that serve them, get through the Covid crisis and thrive thereafter. States can make decisions with equity in mind by doing the following:

Second, states should immediately suspend state student loan payments, interest free, and halt wage garnishment and other forms of involuntary collection, for at least six months. If a state has income-based repayment plans or other initiatives that allow for eventual forgiveness after a set amount of payments, this period of suspension should count as payments made for those purposes.

This would directly mimic the actions taken by the federal government during this time. Additionally, states should suspend any other restrictive terms of state financial aid programs, like residency or employment requirements, and should not count this fractured semester when determining a student’s future eligibility for state aid.

Third, states should cancel state student debt for those who are the most vulnerable during this time, particularly low-income borrowers and those with student debt but no degree. Given the recessionary economic effects facing everyone over the next months and years, it makes little sense to require payment from borrowers and families who are already unable to pay in many cases. Cancellation would also act as a sorely needed, grassroots economic stimulus since those borrowers put much of what would have gone to loan payments back into the economy.

Fourth, states should respond to the reduced budgets with equity in mind by spending their CARES Act funding on students from low-income backgrounds and the colleges they attend. The decline in state budgets may be inevitable. States like New Jersey and Missouri have already announced multi-million dollar cuts for the current fiscal year.

Fifth, states should also prioritize need-based aid over other types of student aid, including merit aid, which is allocated by standardized test scores and grades, and more often goes to middle- and upper-income families who have more resources to pay for college.

With so many pressing needs, it’s easy to justify states reducing their investments and stepping away from their responsibility to provide higher education opportunities. But higher education is critical to the economic recovery of individuals and their families, especially students from low-income backgrounds and students of color.

During the last recession, higher education became more important than ever; nearly all new jobs created since then have required a postsecondary degree or credential. As a result, the demand for higher education increased by over 3 million students during that period, and over 1 million of those new students were Black or Latino.

The early data on Covid suggest people of color and low-income families have been hit hardest by the crisis, physically and economically. These recommendations will help states ensure that higher education is accessible at a time when under-served students and families need it the most. They will also give states a chance to move closer to remedying the systemic racial and economic inequities that have plagued our higher education system far before the coronavirus outbreak.

Learn more about higher education and the pandemic in the FutureU podcast series.