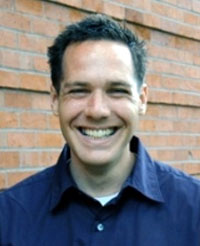 With widespread reports of staffing shortages in the nation’s schools, it’s not surprising that school districts are planning to spend as much as $27 billion in federal Covid-relief aid on staffing—24 percent of Elementary and Secondary School Emergency Relief (ESSER) funds under the American Rescue Plan. And some, naturally, plan to spend the money on retaining existing teachers with the help of financial incentives, such as retention bonuses. But there are smart and not-so-smart ways to do that.

The fundamental issue is targeting.

Some districts are using ESSER funds to pay what are essentially “thank-you” bonuses to teachers for their service—payments not linked to teachers’ continuing employment. That recognizes the hardships that teachers have faced during the pandemic. But most economists would suggest that people are forward looking, which means the effects of an incentive for future retention would likely be far greater than a bonus paid out for past employment.

Many districts and states are planning to use ESSER funds for across-the-board salary hikes and retention bonuses. But giving bonuses or raises to every teacher ignores the fact that attrition and shortage challenges vary by subject, grade level and geography.

Work I’ve done with my colleague Trevor Gratz at the University of Washington suggests, for example, that vacancies in special-education, STEM, and English-language-learner positions are far outpacing vacancies in elementary education, as was the case pre-pandemic. And even though overall teacher attrition seems to have increased during the pandemic, the extent of that increase is less than the long-standing gaps between the teacher-attrition rates at high- and low-poverty schools. So, we might expect a greater return on investments by focusing raises and retention bonuses on these areas of acute need.

[Read More: In Demand: The Real Teacher Shortages and How to Solve Them]

And let’s think about the arc of a teacher’s career. Annual teacher attrition among teachers in the first several years of their careers is more than double that of mid-career educators: 10 percent per year compared to less than 5 percent. As a result, it makes more sense to target incentives at high-performing early career teachers than at those who have reached the middle of their careers, when pension eligibility already gives them a powerful incentive to stay in their jobs.

Let’s take a back-of-the-envelope look at the implications of targeting. Chicago Public Schools, with some 22,000 teachers, included about $1 billion in ESSER funds in its FY2022 budget. If Chicago decided to spend 5 percent of that money on one-time, across-the-board bonuses, the price tag would be $50 million, or $2,300 per teacher. That would no doubt make some difference in teacher retention. But it would also pay out bonuses to thousands of teachers who would be unlikely to leave the district if they didn’t receive bonuses.

It’s unclear how many school districts are deploying untargeted retention incentives, given the lag in reporting on ESSER spending. But there’s enough anecdotal evidence to suggest that state and local education leaders could get a far higher return on their human capital investments, both now and in the longer term, if they targeted incentives to areas of greatest need and prioritized quality teaching.

This commentary is based on an essay Goldhaber wrote for the Thomas B. Fordham Institute.