A Reality Check on the Benefits of Economic Integration 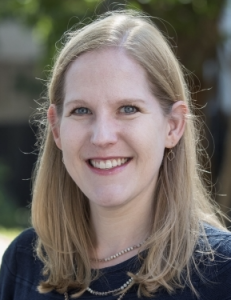 School districts from New York to San Antonio are turning to a new strategy to improve student outcomes: ensuring that schools have students from a mix of economic backgrounds. Advocates argue that ending the widespread segregation of students by class would increase achievement among low-income students.

It’s certainly the case that bringing together students from different backgrounds could promote tolerance, understanding, and a stronger sense of shared identity, commodities in short supply in the nation today. In that spirit, economic integration is a way around judicial prohibitions against assigning students to schools on the basis of race. And as the sociologist James Coleman argued years ago, having access to more advantaged peers could provide lower-income students with valuable insights and networks as they enter higher education and the work world.

But even if district leaders are successful in bringing students from different economic backgrounds together, it’s not clear from the research available today that socioeconomic integration alone would produce the hoped-for gains on the academic side of the integration equation.

The research on the effects of socioeconomic integration, including studies frequently cited by the strategy’s proponents, is inconclusive. Several studies suggest that students who attend schools with higher socioeconomic status (SES)  perform better. A study of the relationship between school SES composition and achievement by Russell Rumberger of University of California-Santa Barbara and Gregory Palardy of the University of Georgia, for example, found that students who attend high SES schools have greater achievement growth in reading and math than students in low SES schools, even accounting for students’ background characteristics.

A second, by Roslyn Mickelson and Martha Bottia of the University of North Carolina at Charlotte, reviewed the evidence from five studies that explored the link between school SES and achievement and discovered that students who attend higher poverty schools have worse math outcomes.

But it is hard to conclude from these studies that attending a socioeconomically integrated school causes better performance. The results instead could reflect underlying differences in the low-income students who make their way to higher SES schools. They may come from families that place a higher value on education, for example, or are more motivated.

In contrast, a study of a nationally representative sample of 1,100 students by Richard Crosnoe of the University of Texas at Austin found that low-income students who attended higher income schools performed no better academically, had a slower progression through math and science courses, and had worse psychosocial outcomes. But like the authors of the more encouraging studies, Crosnoe wasn’t able to confirm that differences in performance were due to the SES composition of the schools.

Some researchers have done a good job of addressing the fact that it could be students’ backgrounds rather than the mixing of students of different backgrounds that is driving the test results—what social scientists call selection bias. But they also find mixed results.

In one, RAND researcher Heather Schwartz compared the outcomes of approximately 850 public housing students in Montgomery County, Md., who were randomly assigned to better and worse neighborhoods and schools. She found that seven years later, students assigned to live in better neighborhoods and attend higher SES schools had significantly higher performance in both reading and math.

In a second study, Robert Bifulco of Syracuse University, Casey D. Cobb at the University of Connecticut, and Courtney Bell of ETS used a lottery analysis, which mimics a randomized controlled trial, to examine the effects of attending inter-district magnet schools in Connecticut. They found that students attending these more racially and economically integrated magnet schools performed better in both reading and math.

But the researchers were unable to distinguish whether these positive effects were due to the higher levels of integration experienced by students who attended these magnet schools or differences in the schools’ educational programs.

And in a carefully controlled study of more than 130,000 students in Wake County, N.C., Caroline Hoxby of Stanford and Getchen Weingarth found that the improved academic performance of low-income students who moved to more affluent schools was mostly explained by these students being exposed to higher-achieving peers, and that the socioeconomic status of students’ peers and parents’ education (often used as an alternative measure of SES) had no independent effect. This suggests that peers’ achievement, rather than their economic status, was more important for improving test scores.

While some may argue that socioeconomic integration is a way to expose low-income students to higher achieving peers, high income and high achievement are not necessarily synonymous. What Hoxby’s study suggests is that policies that are narrowly focused on socioeconomic integration without consideration for how they will affect the distribution of high-performing students across schools may prove unsuccessful at improving student achievement writ large.

It also may be school factors, such as stronger teachers, that make the difference rather than socioeconomic integration. Indeed, Rumberger and Palardy found in their national representative sample of more than 14,000 students that the relationship between school economic level and student performance was almost entirely explained by differences in teacher expectations, the amount of homework students do, the number of rigorous courses available to students, and students’ feelings about safety.

While one way that low-income students might increase their exposure to these practices is by attending schools with students from affluent families with high educational expectations and more resources, there’s no evidence that an affluent student population is a prerequisite for effective educational practices.

It’s also difficult to apply research findings to current school district integration efforts. Most studies have examined the performance of low-income students attending higher-income schools. Yet this is not what most socioeconomic-integration plans propose.

Some seek to attract more middle-class families to the district by creating new schools and programs, including Montessori schools and gifted-and-talented and dual-language programs. This is a far different proposition than integrating existing schools and could potentially lead to socioeconomically integrated schools with segregated classrooms, particularly without intentional efforts by school and district leaders to limit practices such as tracking.

Other plans aim for schools to mimic surrounding district demographics, but as long as neighborhoods remain segregated by income and class, schools could attain this benchmark and yet continue to have relatively high poverty rates.

And there are other practical issues. Districts with concentrated poverty may simply not have enough middle- and upper-income families to support widespread integration efforts without recruiting families from private schools or other districts. Even then, there is likely to be a delicate balance between middle class families “taking over” the public schools and driving low-income students out and those same families exiting to attend private schools or to live in other school districts if the share of low-income students becomes too high.

The silver lining might be that even if interventions have no short-term impacts on student achievement, they may have positive impacts on other long-term outcomes that society values.

In her study of public-housing students, Schwartz found very little academic impact of attending higher-income schools in the short term, but substantial and significant improvements on state standardized tests after seven years. And economists Raj Chetty, Nathaniel Hendren, and Lawrence Katz found no short-term benefits of living in higher SES neighborhoods, but significant positive effects on college attendance and earnings for the more than 5,000 children who were assigned to live in more advantaged neighborhoods under the federal Moving to Opportunity Demonstration program when they were younger than 13.

Still, the evidence supporting a push to ensure that schools have students from differing economic backgrounds is more complex than the policy’s advocates would lead one to believe, as admirable as the goal may be.

Sarah A. Cordes is an assistant professor at Temple University’s College of Education in the department of Policy, Organizational, and Leadership Studies.