A Path to a More Diverse Teaching Workforce 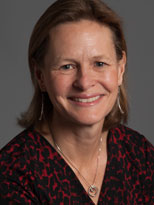 Highline Public Schools is nestled between the Seattle-Tacoma International Airport and the Puget Sound. About half of its 20,000 students are black or Latinx. And like many of the nation’s school systems, most of its teachers are white. But between 2014-15 and 2018-19, the percentage of teachers of color among HPS’ new hires increased sharply, from 12 percent to 45 percent.

There were three key ingredients to Highline’s success in diversifying its teacher force: a shared vision, the right resources, and a willingness to overturn established practices that so often get in the way of ambitious change agendas like Highline’s.

Highline’s latest strategic plan underscored the district’s commitment to educational equity. With research pointing to improvements in discipline, attendance, achievement and graduation rates when students of color are taught by teachers of the same race, a key element of the plan was to recruit a high-quality, racially diverse workforce.

But Highline didn’t let its strategic plan sit on a shelf. First, the district moved up its annual recruiting schedule to get more teachers of color into its hiring pipeline, cultivating applicants from a range of universities and through hiring fairs and other avenues as early as September. The recruitment team developed internal talent pipelines and sought out current employees who could make referrals. By getting a head start and broadening the pool, Highline substantially increased the number of teachers of color in the pipeline.

To further strengthen its recruitment and retention, the district’s human relations department is analyzing a range of information to better understand how to hire and retain excellent teachers of color, including which teacher-training programs produce the highest-quality applicants of color and the representation of teachers of color in the district’s teacher-leader programs.

The district moved up its annual planning and budgeting process so that school leaders could start hiring from the expanded pool as early as January. And it provided principals with substantial support as they sought to improve the diversity of their teaching staff. It reduced the case loads of principal supervisors to half that of typical school districts and used $300,000 in savings from central office automation to hire “HR partners” to work with each principal specifically on staff planning.

These changes meant that principals could make better-informed staffing plans, earlier—and find best fit candidates from a more diverse pool. In many districts, by contrast, one-third of positions remain unfilled three months before the school year begins, leading schools to hire whoever is still available.

Student persistence measures have improved in Highline as the district’s teaching force has become more diverse and the district has implemented other changes, including transforming the central office culture by better aligning activities to districtwide goals and giving principals coordinated support for implementing the strategies needed to meet those goals. Graduation rates increased from 62 percent to 81 percent between 2014 and 2018. Out of school suspensions and expulsions decreased by 53 percent since 2012. Math scores have lagged since the initiative’s introduction but reading scores have risen at nearly every grade level.

We can’t know if a more racially diverse teaching force produced the improvements. But Highline has demonstrated that a clear commitment and a comprehensive strategy can put more teachers of color in the nation’s classrooms.

Karen Baroody is the managing director of Education Resource Strategies and lead author of ERS’s Districts at Work series, which profiles improvement work in Highline and other districts.