Between District and Charter: The Middle Path 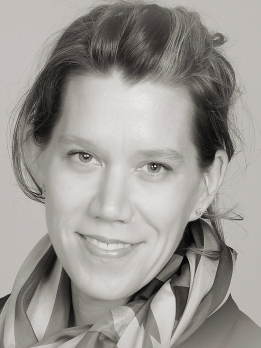 School districts across the country are grappling with how to respond to their growing charter school sectors. Indianapolis Public Schools are offering a new and proactive approach.

In cities across the US the public education landscape is changing as a growing number of families choose public charter schools for their children.

Understandably, traditional school districts and their supporters perceive charters, and these shifting enrollment patterns, as a threat. Fewer students mean less funding. Closed buildings. More concentrated poverty. In affected districts, charter schools, and the autonomous model of public schooling they represent, are most often seen as the problem--not part of the solution.

All of this is precisely why changes currently underway in the Indianapolis Public Schools district (IPS) are so important.

In response to these pressures IPS is embracing the idea of school autonomy in a traditional district context, using it as a lever to improve school quality, bring families back into the district and ultimately re-shape how public education is organized and governed in Indianapolis.

Finding a Middle Path. Through its recently-launched Innovation Schools Network, IPS is capitalizing on its competitive advantage as a school district, and as the largest operator of schools and school buildings in Indianapolis, to bring the idea of school autonomy—with rigorous accountability—to scale across the IPS system.

By doing this IPS has put itself back in the center of education reform in Indianapolis. Instead of trying to work around the district, education organizations—including some well-established, successful Indianapolis charter schools—are now actively pursuing partnerships with IPS.

Participating Innovation Schools and school leaders access IPS buildings and valuable support services—like special education and transportation—at no cost. This frees up time and dollars to focus on the school mission, rather than on operations.

In exchange, IPS acquires mission-driven, entrepreneurial talent to run its schools. And it gets to set important conditions for these school partnerships. Because IPS owns the school facilities, it can direct operators to parts of the district that actually need new school options.

Schools that partner with IPS must participate in the district’s soon-to-be-launched unified enrollment system.

And if they take over a failing neighborhood school, they must commit to serving all of the school’s students, not just the students in the earliest grades, as is common with many school start-ups.

The Rationale. All of what’s happening in Indianapolis is based on two simple ideas:  1) Educators in schools are best positioned to make decisions in students’ best interests. That is, school leaders should actually be able to lead. And, 2) “The district” can actually facilitate this mission-driven work.

Consensus around these two core ideas led to the passage of state legislation in 2014 that created IPS Innovation Network Schools: schools with charter-like autonomy that operate under the IPS umbrella. This year, eight Innovation Schools are serving about 10 percent (3,200) of the district’s students.

If Innovation Schools succeed, they will improve student outcomes and help the district grow enrollment. But the intention is not to put charters out of business; Indianapolis has a robust charter sector compared to many cities, a product of both a rigorous authorizing environment and community organizations dedicated to cultivating talent and supporting the growth of high quality urban schools.

The goal, rather, is to make sure all IPS students have access to quality school options. Innovation Schools, according to Superintendent Lewis Ferebee, are one of several important parts of Indianapolis’ schools ecosystem. If Indianapolis is going to succeed in closing the achievement gap, it needs all of these schools and their different approaches; the challenge is too big to rely on one solution alone.

Focus on Neighborhood Schools. While school choice has succeeded in producing high-quality options across the district, it hasn’t produced these options in every neighborhood. With the move to Innovation Schools has come a deeper focus from IPS and its partners on understanding how communities actually experience their schools. The result is a renewed emphasis on neighborhoods, and ensuring that every neighborhood has a quality school equipped with the support services its students need.

This focus on community is also reflected in how school transitions are handled, and how Innovation Schools are staffed. At the school we visited, a re-start of a failing K-6 neighborhood school, the new school leader worked out of the school for six months prior to its closing to get to know students and families, understand challenges, and communicate her school’s vision. She also benefits from a full-time community liaison to conduct family outreach, made possible through external grant funding.

One common criticism leveled against charter schools is that they are not held accountable, or are accountable to entities outside of the district. By bringing autonomous schools under the umbrella of the district, IPS is re-asserting control over a critical district function—school oversight.

Prospective Innovation School leaders go through a rigorous application and multi-layered vetting process. Once selected, they operate under five- to seven-year contracts with IPS and are evaluated regularly against a common performance framework.

Twice a year, in a public forum, Innovation Schools present their individual school progress to the IPS Board. Holding these schools accountable in a public way represents a significant, and symbolic, shift for the district as it works to build trust in the community.

Going Forward. School districts matter. In most cities, traditional districts still serve the majority of public school students. They’re what most readily come to mind when we think about public education. And, realistically speaking, there is probably no faster way to improve student outcomes at scale than through the district apparatus.

Through its Innovation Schools Network, the Indianapolis Public Schools district is taking the narrative of the urban school district in decline, and showing us that it might be possible for this all-too-familiar story to have a different ending. School district reform, led by proactive and solutions-oriented people in search of a middle path, need not be a zero-sum game.

Rebecca Haessig is a graduate of Harvard’s Kennedy School of Government and writes about Kansas City’s shifting public education landscape on the blog Set the Schools Free.